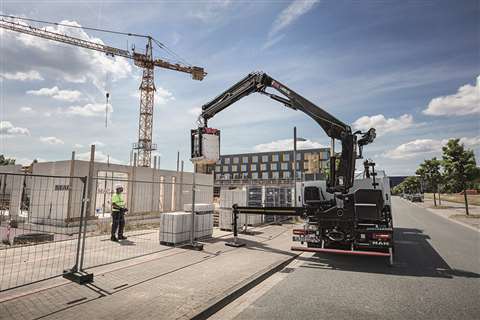 Cargotec was boosted by Hiab and Kalmar in the first half of 2019 while the MacGregor division posted weak results.

Commenting on the results Mika Vehviläinen, Cargotec CEO, said, “The second quarter of 2019 was two-fold at Cargotec. Result at our biggest business area Kalmar developed strongly and its operating profit grew by 41 percent. Operating profit increased also at Hiab and in the second quarter it was the best ever. We made progress in solving the supply chain challenges during the beginning of the year.

“On the other hand, MacGregor’s market situation remained challenging and its operating profit declined. During recent years we have already reduced MacGregor’s costs significantly, and we will continue with the streamlining during the second half of 2019 as well. We strengthen MacGregor by acquiring of the marine and offshore businesses of TTS Group ASA. All the needed regulatory approvals to be able to complete the transaction have now been received and we expect to close the transaction on 31 July 2019. The scale benefits of the acquisition create opportunity to further improve productivity and global presence. The merger of the two leading companies in their field provides us with excellent opportunities to better serve our customers, strengthen our competitiveness and continue to develop our products and services.

“Our service and software business continued to develop favourably. Service orders received increased by eight percent and service sales increased by five percent. Software sales grew by 42 percent. The sales of our services and software business was close to 1.2 billion euros during the last 12 months, keeping us well on track in terms of our target to reach 1.5 billion euros.”