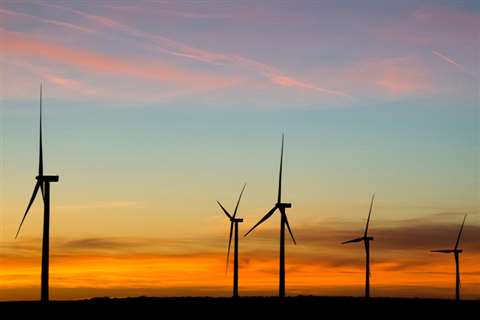 The European Investment Bank (EIB) is to provide Saudi Arabian energy company Alfanar Global Development with €385 million for the construction of 21 wind farms in Spain.

The new energy facilities will be built in Andalusia, Asturias, Castilla-La Mancha, Castilla León, Galicia and Navarra. With a total capacity of 547MW, the wind farms will generate approximately 1.491GWh of energy a year, the equivalent power use of 360,000 Spanish homes.

Developed by Alfanar, the wind farms were chosen for the funding as a result of a renewable energy auction that took place in Spain in 2017.

EIB vice president, Emma Navarro, who is responsible for climate action and the environment at the bank, said, “We are delighted to support Spain’s huge renewable energy potential and help the country to meet its climate change targets. This project is a clear example of the EIB’s priorities in Spain: promoting the transition to a low-carbon economy by supporting sustainable economic growth and job creation.”

The EU bank will provide the project with several loans totalling up to €385 million for construction and implementation - the first of which has already been signed for.

The initial €44.2 million loan will be used to develop the first four wind farms, which will have a capacity of around 99MW. An additional loan from various financial institutions for the construction will also be provided via separate project finance arrangements.

The project’s financing falls under the Investment Plan for Europe, also known as the ‘Juncker Plan’.

Jamal Wadi, Alfanar Global Development CEO, said, “The financing of the first phase of Alfanar’s portfolio of projects in Spain is a major milestone in our strategic plan, which will enable the implementation of new projects as part of our partnership with the EIB. We are delighted to have consolidated this agreement with the EIB following some very hard work over the last year.”

The EIB said it aims to dedicate at least 25% of its investments to climate change mitigation and adaptation, supporting low-carbon growth with climate resilience.