‘Gotham City’ to be built in London 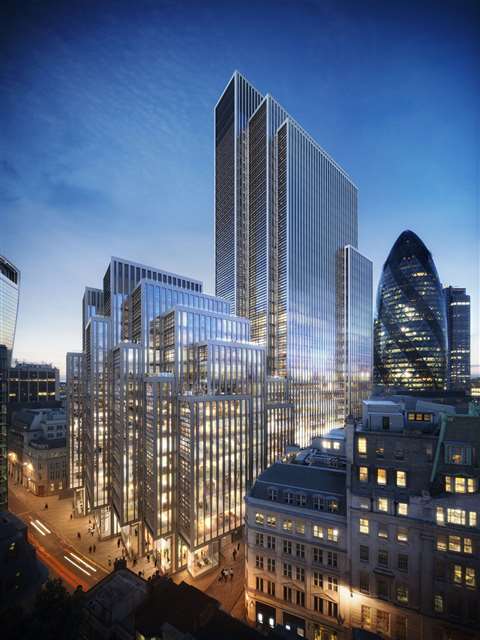 Savings and investment company M&G Prudential is investing £875 million (€965 million) in the development of an office complex in London, which has been said to resemble the fictional Gotham City featured in Batman.

The site, known as 40 Leadenhall Street in the City of London, has planning permission for two new towers, which will be constructed alongside three existing buildings that are to be left untouched.

Make Architects have designed what they describe as a “striking 34-storey tower that recalls the classic North American skyscrapers of the early 20th century”, plus a smaller 14-storey tower.

According to Make, ‘Gotham City’ is one of the biggest developments ever to receive planning permission in London’s ‘Square Mile’ financial district.

Together the two skyscrapers will offer over 80,000m2 of office space and, despite their size, will produce 30% less carbon than the current regulations allow.

Once complete, it will have a capacity of around 10,000 people and will include retail entrances, with about 15% of the site open to the public.

The company said the stepped design of the building, which cascades down toward the river Thames, will allow the it to remain out of sight of Fleet Street and the ceremonial route to St Paul’s Cathedral used for London’s major public events.

“As there are a limited number of developments underway in London, we expect high-quality office space like this with an emphasis on green credentials and employee well-being to be in demand from occupiers when the scheme is completed in four years.”