Work to start on I-405 Washington highway 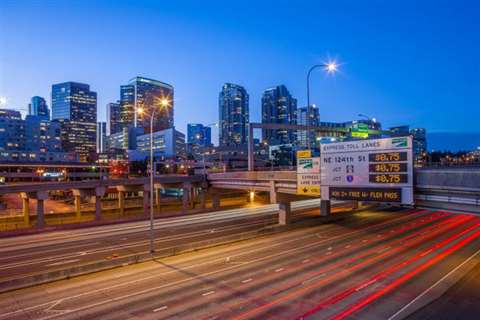 Lane Construction Corporation, a US-based company, part of the Salini Impregilo Group, is set to start work on a US$705 million contract to widen a highway and install a dual express toll system between the I-405/SR interchange in Renton and NE 6th Street in Bellevue, US.

Currently the road is said to be one of the most travelled and congested corridors in the state of Washington.

The contract is the second won in the state by Lane, following the award of its first contract to construct a US$255 million water storage tunnel.

Work on the corridor, for which Lane has received a Notice to Proceed, will be executed by a joint-venture between Lane – with a 40% stake – and Flatiron West, a civil infrastructure company.

Construction is expected to start in early 2020 with a completion date set for 2024.

Lane currently has active roadway contracts in California worth US$404 million and in Florida, for the construction of part of the Florida Wekiva Parkway, valued at US$253 million.

The Salini Impregilo group is expanding its operations in the US, now its single biggest market by revenue.

At the end of June, US operations generated 22% of Salini’s total revenue compared with 3% in 2014.

This growth falls in line with the launch of Progetto Italia (Project Italy), an industrial operation led by Salini Impregilo to consolidate the Italian infrastructure sector in order to compete better in international markets.