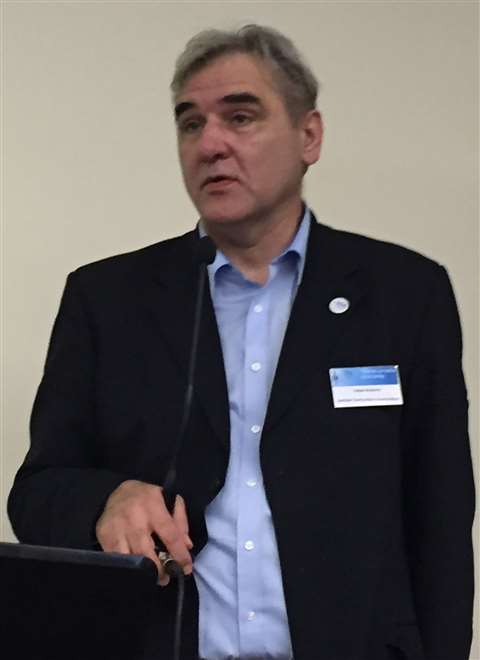 Taking place under the theme “Today for Tomorrow” the conference took place as Serbia’s designated “Year of Occupational Safety and Health” draws to a close.

Speakers from government ministries and universities took to the platform alongside demolition contractors and equipment suppliers as the conference addressed issues such as the circular economy, closing landfills and recycling concrete waste.

Speakers included Marina Furtula from the country’s Labour and Employment Ministry, while the Academy of Engineering Sciences of Serbia, the Institute of Standardization, the Serbian Green Building Council and the University of Civil Engineering were all represented.

Miroslav Mažàr from the Slovakian office of French company Arden and Mikko Heikkilä of Dynaset in Finland gave the view from manufacturers, while Miroslav Jovanović and Rade Kajganić presented on the Serbian company Teikom’s experiences of urban demolition in the capital city.

A European context was provided by Patrick Frye of French contractor Cardem and Artem Kondratiev from the Russian Demolition Forum.

Serbian Demolition Association president Dejan Bojovic chaired the event and said: “As Serbia enters the fourth industrial revolution, we lag behind the west by some 30 to 40 years.

“In terms of the circular economy, we hope to achieve this level very soon, but we can’t achieve it without co-operation.

“This conference also shows how important the Year of Occupational Safety and Health has been.”