The shortlist for the International Awards for Powered Access (IAPAs) has been announced.

There was an incredible response from the industry to the 2020 edition of the IAPAs, with a record 130 entries. The quality of the entries was also very high across the board, making a challenging decision process for the judging panel, made up of five longstanding access experts.

This year’s IAPAs take place in London, UK, at the Millennium Gloucester Hotel Kensington, on 23 April, which is regulary attended by around 450 industry proffesionals. There are 12 award categories this year, ranging from new products and innovations to safety and training.

The IAPA organisers Access International and The International Powered Access Federation (IPAF) would like to thank the judges for their efforts in carefully considering all the entries and to all those companies and individuals who entered. If you did not make it on to the shortlist this year, please try again next year.

Product of the Year – Self Propelled Booms & Atrium Lifts

IPAF Training instructor of the Year

The winner of IPAF/Access International Lifetime Achievement Award will be announced on the night of ceremony.

The Access Photograph of the Year Award has a new sponsor this year. The winner will be announced on the night of the ceremony.

The access photography competition is sponsored by UK rental company Media Access Solutions (MAS), which took over the award from former sponsor Facelift, which was acquired by AFI group earlier this year. 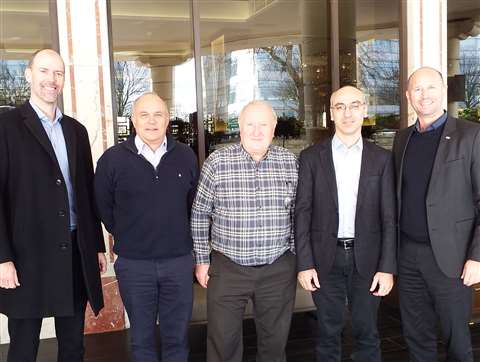 This year’s independent judging panel comprises industry experts with long-standing experience in the business. The judges’ meeting to decide the shortlist took place in London on 13 February. Access International and IPAF would like to thank them for all their efforts.

Vorsholt has been in the rental business since 1991 and for the last 23 years at GSV, the largest rental company in Denmark. With an engineering background, Vorsholt has been CEO at the company since 2008, and prior to that held a range of positions, including fleet management. For the last four years he has also been in charge of purchasing and integrating four Denmark-based rental companies into GSV, which has created its market leading position.