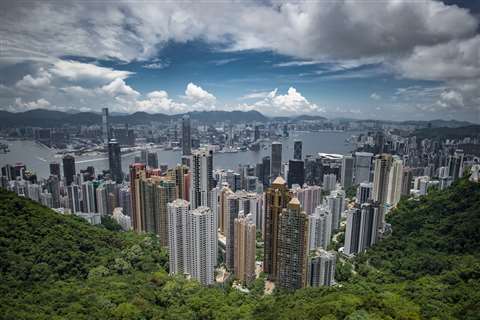 GlobalData reports construction will contract 3% in 2020

Hong Kong’s construction industry is expected to contract 3% in 2020, making it the fourth consecutive year of decline, according to GlobalData.

The industry is forecast to start a recovery phase in 2021, due to the government’s efforts to stimulate economic growth, and public and private sector investments in commercial, residential and infrastructure construction projects.

GlobalData’s report, ‘Construction in Hong Kong – Key Trends and Opportunities to 2024’ reveals the industry’s output value in real terms is expected to rise at a compound annual growth rate (CAGR) of 1.58% over the whole forecast period (2020–2024), and reach US$29 billion in 2024, measured at constant 2017 US dollar exchange rates.

Amid the continuing anti-government protests and the disruption caused by outbreak of the coronavirus in China in January, the industry is expected to contract again in 2020.

According to media reports, some 50,000 construction workers in Hong Kong have lost their jobs since the coronavirus epidemic hit, and more than 80,000 have had their hours reduced, a union told South China Morning Post.

The Hong Kong Construction Industry Employees General Union was reported to have said half of its 57,000 members were now unemployed, a situation it attributed to supply chain issues that had arisen since the outbreak began.

Dhananjay Sharma, construction analyst at GlobalData, comments, “The construction industry is expected to rebound in 2021 with the government playing a major role. To support the economic growth and increase the country’s competitiveness, the government plans to invest HKD1 trillion (US$127.6 billion) in infrastructure by 2028–2029. In addition, the government’s aim to improve local energy resources is expected to support investment in energy infrastructure projects, which will in turn fuel growth in the industry.”

Market output over the forecast period is expected to be supported by government efforts to balance housing demand and supply through the construction of housing units.

“The total construction project pipeline in Hong Kong – as tracked by GlobalData, and including all mega projects with a value above US$25 million – stands at US$225.6 billion,” Sharma concludes. ”The pipeline, which includes all projects from pre-planning to execution, is skewed towards late-stage projects, with 62.5% of the pipeline value being in projects in the pre-execution and execution stages as of February 2020.”