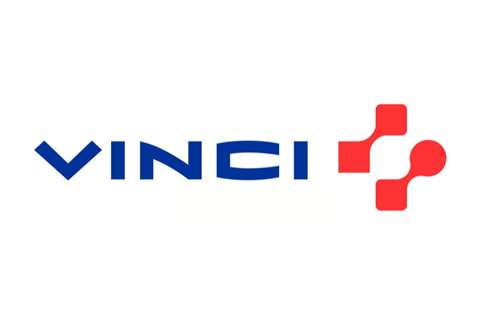 Vinci group, the parent company of Vinci Construction, has revealed that a large number of projects in France have been halted since 16 March as a result of virus containment measures.

The company said; “Industry organisations have held talks with the public authorities to define conditions under which works can resume gradually while ensuring the health of those involved.”

Outside France, the situation is more varied and despite “significant logistical difficulties” it has maintained activity in many countries, while complying with health measures. That applies to projects in Southeast Asia, Oceania, the Middle East, Africa and Latin America, along with certain European countries and US states.

Despite the challenging economic situation, the group reiterated that its order book at the end of February stood at an all-time high of €37.9 billion, an increase of 8% over the previous 12 months.

Overall, the group expects a pronounced but time-limited decline in its revenue. In its various business lines, it is taking measures to adjust expenditure and review the timing of investments.

The company said it intends to be positioned to recover quickly, in both its construction and concessions divisions, as soon as the health crisis is under control.

Vinci added that in this rapidly changing situation, the safety of its staff, partners, subcontractors, customers and stakeholders, along with the continuity of its public services, remain the company’s absolute priorities.

Many of the group’s other companies are also in discussions with authorities to adopt measures allowing partial business activity.

For Vinci Airports, passenger numbers declined by the end of February (earlier in Asia), but fell sharply during March, with an estimated 40% decline in the first three weeks of the month. That decline, according to Vinci, has only worsened in the last few days following containment measures and decisions taken by some countries to close their borders.

A plan to reduce operating expenses and defer investments is currently being implemented across all airports in compliance with contractual and aeronautical obligations and government decisions.

For Vinci Autoroutes, containment measures recently taken in France have intensified the decline in traffic levels. However, the fall in heavy vehicle traffic has been less severe, with France maintaining a basic level of economic activity.

The group is in a relatively healthy position as events begin to unfold and shared that it has a large amount of liquidity available. The company’s books show net cash of €6.5 billion at the end February and in addition, Vinci also has a confirmed and untouched €8 billion credit facility which it can access until November 2024.

Vinci said a further update on its situation will be provided in its Shareholders’ General Meeting due to be held on 9 April.