Government spending cuts resulting from the coronavirus pandemic are delaying construction projects in Dubai and some say the move could further compromise an already stressed industry in this traditionally prosperous region. 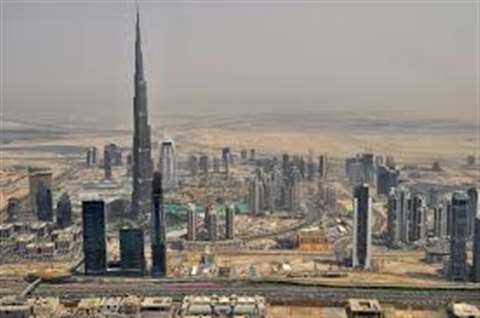 According to a report in Bloomberg, Dubai’s government is freezing all hiring and cutting administrative spending by at least 20% across all departments as the coronavirus pandemic stymies state revenue.

Bloomberg reported that a letter sent by Director General Abdulrahman Al Saleh to all state departments during the week of 6 April said the emirate’s department of finance had ordered a 50% reduction in capital spending and a delay to new government construction projects.

The crisis caused by the coronavirus has shut down much of this middle east transport and business hub which is heavily dependent on tourism, trade and retail. Meanwhile, lower oil prices are adding to the economic challenges in the region.

According to a Reuters report, local development giant Emaar Properties has suspended work on projects in Downtown Dubai, Dubai South and Dubai Creek Harbour, including the Dubai Creek Harbour Tower, billed as being higher than Dubai’s 823-metre Burj Khalifa, which is currently the world’s tallest building.

According to data and analytics company GlobalData, the Dubai government’s decision to rein in spending, while arguably a necessary step, will deepen the cracks in the local construction sector, which has been operating in a low-margin and high-risk environment for several years.

Neha Bhatia, construction and infrastructure editor at GlobalData, commented, “A large number of projects in Dubai, as well as the wider Middle East, typically exceed the original awarded contract value for reasons such as design changes and contractual disputes. With a zero-tolerance approach to cost overruns, local contractors now face the prospect of making a loss on their ongoing projects.

“While construction is one of the sectors exempted from the emirate’s 24-hour restrictions on outdoor movement, contractors are concerned that onsite works will slow down as the pandemic continues to spread regionally. Precautionary measures such as those imposed on worker transportation are already reducing onsite productivity.”

The coronavirus pandemic has accelerated the downward trends that were expected in Dubai’s post-Expo 2020 real estate market. In a related move, Dubai has proposed a one-year delay to Expo, a major event it was due to host in October.