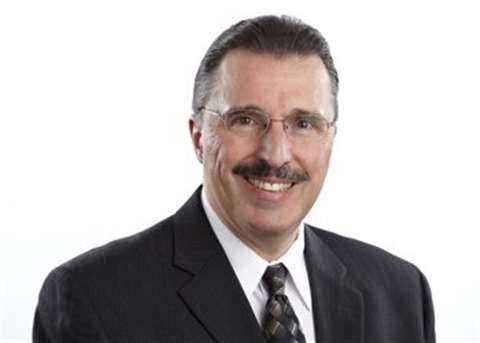 The US government needs to adopt a national strategy to support American manufacturing during the Covid-19 crisis and beyond.

That’s the message that Dennis Slater, president of the Association of Equipment Manufacturers (AEM), the North America-based international trade group representing off-road equipment manufacturers and suppliers, conveyed in an op-ed piece on 22 April.

“While Congress and President Donald Trump consider its next potential deal to help kickstart the US economy – even after the federal government passed a $2 trillion rescue package – there’s another strategy the federal government should deploy that would not only meet the challenges we face today, but also rise to the opportunities of tomorrow: creating a national manufacturing strategy.”

This comes two weeks after AEM called on the federal government to implement a comprehensive national strategy for manufacturing. Currently, more than 26 million Americans have filed for unemployment, and some estimate the jobless rate could soar to 15%.

”Fighting the coronavirus has been as much about making sure we have enough first responders and health care professionals as it has been about manufacturing ventilators and personal protective equipment, and other materials needed to help fight the disease,” Slater wrote. ”For example, many of our nation’s manufacturers have had to repurpose their production lines to help boost our nation’s inventory of medical supplies. And because so much of the equipment that our member companies build is essential to the health and economic well being our country, many of the 2.8 million men and women of our industry have played a critical role in the relief effort.”

In his opinion, Slater wrote that creating a national manufacturing strategy will also help strengthen US manufacturing and secure America’s long-term economic competitiveness. ”Over the past two decades, due to rising costs, a growing skills gap and other issues, the US manufacturing sector has declined. For example, the US share of global manufacturing declined 36% in the last 15 years,” he noted.

There’s currently a legislative proposal by Sen. Gary Peters (D-Mich.) that would achieve the objectives of the proposed national strategy for manufacturing.

”By working together, Congress should ensure the passage of legislation that utilises current programme funding and personnel to dramatically improve efficiencies and reduce redundancies in existing federal manufacturing programs, and reduces onerous and ineffective regulations,” Slater wrote. ”AEM also invites other manufacturing leaders, trade associations and business groups to join us in urging Congress and President Trump to implement this national strategy.”