Construction spending showed declines in many sectors in March, when the Covid-19 pandemic delivered its first blows on the world’s economies, but a small bright spot can be found in the increase in communications related construction, likely in response to a greater demand for at-home connectivity, according to reports. 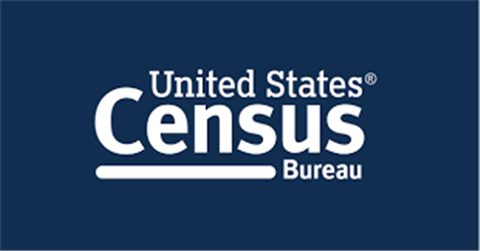 The first impacts of the pandemic on US construction spending showed up in the US Census Bureau’s data for March, showing that although total spending put in place increased 0.9% at a seasonally adjusted annual rate from February, and 4.7% from March 2019, the increase was concentrated in the volatile residential improvements segment, which jumped by $17 billion (10%) over the month, according to a report from Associated General Contractors of America (AGC).

All other categories - public, private nonresidential and new residential construction - slipped by a combined 0.5% for the month.

Meanwhile, AGC shared that project-tracking firm Industrial Information Resources reported that its count of 12 categories of industrial project starts dropped 9.8% in the first quarter (Q1) of 2020 from Q1 2019, with an 11% decrease in the value of those starts. The firm reported it “is tracking…nearly $160 billion worth” of “active” U.S. projects “that have been delayed or otherwise affected by covid-19.”

Spending declined from February in 10 of the 11 private nonresidential categories in Census’s press release. The exception was communication construction, which edged up 0.3%, possibly reflecting spending on facilities to meet demand for better connectivity for home-based work, education and entertainment.

The private segments with the steepest year-over-year (y/y) declines and some of the steepest for the month all experienced a sharp drop in usage by late March: lodging, -2.2% for the month and -13% y/y; amusement and recreation facilities, -1.9% and -15%, respectively; and private education, -1.6% and -18%. Overall, private nonresidential spending slid 1.3% and 1.8%, respectively.

Public construction spending increased 0.7% for the month and 7.9% y/y. The largest public segment, highway and street construction, jumped 4.6% and 5.5%, respectively, helped both by mild winter weather and an acceleration of projects in states that allowed contractors to close more lanes or work longer hours as traffic declined.

The next-largest segments slipped for the month: education, -0.3% (up 4.9% y/y) and transportation structures, -0.4% (up 6.1% y/y). The latter was pulled down by a 2.8% monthly drop in transit construction as transit systems experienced huge drops in ridership. In contrast, public spending on other land, air and water transportation increased 0.4% for the month and 8.6% y/y; some airports accelerated projects as flights and passengers decreased.