The Downtime Index – the new measure of construction machine use in North America and Europe - showed a significant improvement last week with utilisation improving in every region, led by Spain and Italy. 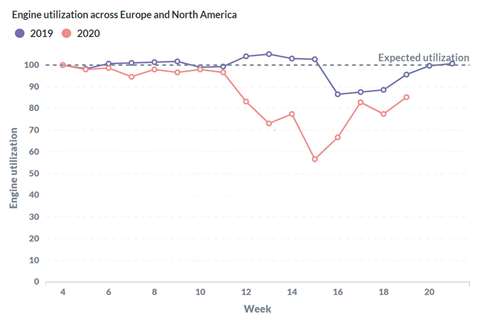 The index rose by 10% between weeks 18 and 19 and now stands at 85, which is 15 index points below the base week at the end of January. The index shows that machines are operating, on average, at 10% lower utilisation compared to the same period in 2019.

The index – developed by telematics specialist Trackunit - compiles weekly changes in engine use from 150,000 machines, expressed as an index to allow for quick international comparisons. 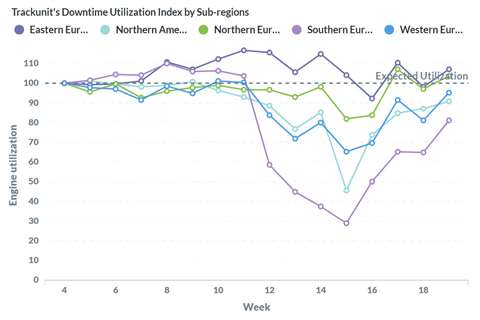 Most notable is the improvement in machine utilisation rates in Southern Europe (France, Italy and Spain), which rose by 25% last week, the largest regional increase. This was primarily driven by strong growth in Spain and Italy which are now at indexes of 107 and 83, respectively. In sharp contrast, machines in France remain at 50% of the expected utilization.

Despite the improvement, Southern Europe remains the worst impacted region, with the indexes for the rest of Europe all significantly higher.

The index for Western Europe, which includes Germany, the Netherlands, Belgium and Austria, saw a big week-on-week improvement and is now over 90.

Eastern Europe (Poland, Hungary, Romania and the Czech Republic) and Northern Europe (including the Nordic and Baltic countries as well as the UK and Ireland) also saw significant improvements and are now reporting higher index values than the base rate of 100 in January.

Machine use in North America showed a more modest improvement, with the index rising a few points to around 90. 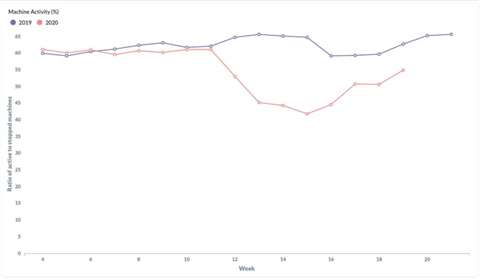 The underlying data comes from approximately 150,000 off-highway construction machines in Europe and North America, with high populations in France, Germany, Denmark and the US (40% all together). The data includes both rental and end-user owned equipment. 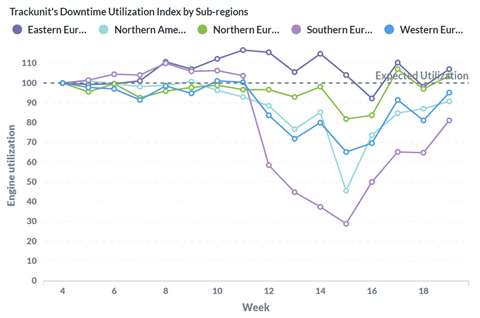 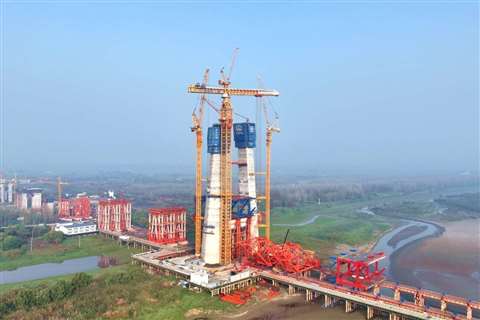