Despite the turmoil caused by Covid-19, Sudhir Rentals, a subsidiary of India-based genset manufacturer Sudhir Power, is pushing ahead with plans to break into the European rental market. 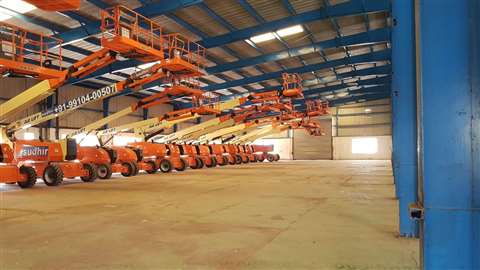 The company is looking to acquire two or three established rental companies in the UK to begin with.

Fernando Bazo, Vice President of International Operations at Sudhir Rentals, tells IRN, “The type of company we’re looking for is one that is generating revenues of between £8-15 million per year.

“The age of the company is not an issue; we’re more interested in how the fleet is. The fleet should be no more than 7-8 years old.”

In terms of location, Sudhir is looking for companies based in or near big cities, such as London, Birmingham, Manchester and Liverpool; “We are looking for an area that has a good share of industrial business and a good deal of rental movement where there is opportunity for growth,” says Bazo.

He stresses that the company is looking to invest in and grow the companies they acquire, with a long-term view to develop a nationwide network and expand further across Europe – mentioning Germany, France, the Netherlands and the Benelux region – and in the US too.

This push to enter Europe comes at the height of the Covid-19 pandemic, when it might be considered a good buyer’s market, but Bazo insists, “The company approved the plan to expand into the European market before this virus emerged.”

He says this move is evidence of the company’s faith in the rental sector; “The business we want to expand is the rental business. We truly believe that this business is going to grow.”

When asked what type of rental business Sudhir is interested in, Bazo says, “The main interest right now is finding an access equipment business.” Though, he says they can own a mixed fleet with other types of equipment.

He adds, “We’ll also be looking for companies in the power and cooling business.”

Parent company Sudhir Power has been manufacturing generators for the Indian market for more than 40 years and makes an annual turnover of approximately $280 million.

10 years ago, the company began renting equipment in India and it now has 1,500 units in its rental fleet distributed through 6 depots across India, and generates about $30 million in rental revenues in India.

Approximately 70% of Sudhir Rentals’ global rental fleet is generators, 25% is access equipment, and the remainder is forklifts, telehandlers and lighting towers.

On the topic of the Covid-19 pandemic, Bazo says the impact has been huge; “In India, they’ve been in a lockdown for the past month, and I don’t see the government easing the regulations any time soon.”

Sudhir Power’s production has dropped by 50%, and Sudhir Rentals’ depots in the country have had to close.

The pandemic does not seem to be hindering Sudhir Rentals’ plans to expand though.