The Covid-19 pandemic significantly impacted Ashtead’s profitability in the fourth quarter of the financial year ending 30 April 2020 and the company’s planned capital expenditure has been cut to a third of the previous year’s level. However, its full-year results were bolstered by the first three quarters of the year and the company feels confident following the special measures it has taken.

Compared to the previous year, the company’s total revenues in the fourth quarter were down 2% on a like-for-like basis to £1.1 billion, while full-year revenues increased by 9% to just over £5 billion.

Within those figures, Ashtead’s US business Sunbelt US saw its fourth quarter rental revenues increase to £897 million, compared to £875 million in the equivalent quarter of the previous year.

Sunbelt Canada also enjoyed an increase in revenues to £51 million, compared to £41 million in the first quarter of 2019.

However, in the UK, the newly branded Sunbelt UK (formerly A-Plant) suffered a 6% fall in rental revenues from £98 million in the fourth quarter of 2019 to £92 million in the same period of 2020.

Brendan Horgan, Group Chief Executive, said, “While no one could have foreseen the global impact of Covid-19, our business model and capital structure are designed to withstand the cyclical nature of some of our end markets.

These measures included reducing planned capital expenditure for the year ending April 2021 and suspending all current and prospective mergers and acquisitions.

Ashtead’s depots have remained open in all regions of operation, and no staff have been made redundant as a result of the pandemic. This has been achieved without seeking assistance from government support programmes.

While trading volumes were lower in the second half of March and April as a result of the pandemic, this has been mitigated, in part, by emergency response efforts throughout Ashtead’s business units but particularly within its specialty businesses. 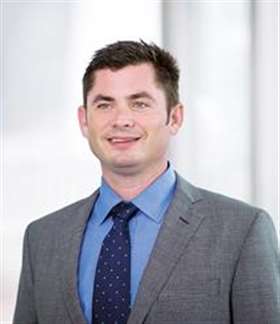 Ashtead has been designated an essential business in all three countries of operation since it is supporting the response to the pandemic, for instance by providing vital equipment and services to hospitals and food services.

Sunbelt US, which accounts for more than 80% of total group revenues, saw its rental revenues in March increase by 3% compared to the previous year, but in April they were 12% lower than the year before. This was primarily due to the general tool business being 15% lower, while the specialty businesses (excluding oil and gas) were 9% higher than the year before.

This contributed to the 1% drop in total group rental revenues in the fourth quarter.

Since 10 April, the US fleet on rent has stabilised and then increased as the markets have adjusted to new working practices and restrictions have eased gradually. A similar trend has been observed in the UK and Canada.

Horgan said, “The diversity of our products, services and end markets coupled with ongoing structural change opportunities put the board in a position of confidence to look to the coming year as one of strong cash generation and strengthening our market position.”