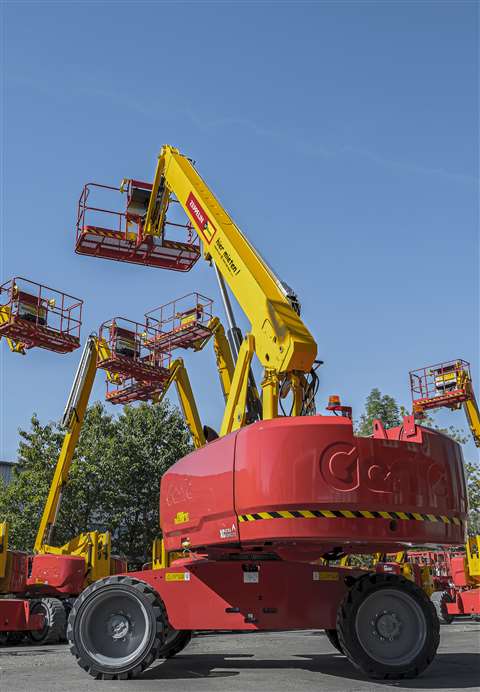 Due to the coronavirus pandemic, it was on 1 June that the European Parliament extended the transition period for the introduction of the new EU emissions regulation for diesel engines. Complying with the new requirement well in advance, Zeppelin Rental is already offering the new technology.

“The Zeppelin Group is pursuing its goal of being CO2-neutral by 2030,” explained Dirk Feyerabend, head of central purchasing at Zeppelin Rental. “Climate and environmental protection and responsible action play an important role for us. Consequently, sustainability and the conservation of resources naturally affect the way we invest in our rental fleet. For example, regarding high-performance MEWPs for heavy outdoor use, we are increasingly supplying new equipment with efficient hybrid technology, as well as machines that are powered by diesel engines with the lowest emissions levels possible like the Genie S-65 XC boom lifts, available under the name ZT22.16D for our customers.”

European Stage V emissions regulations put clear limits on the levels of particulate matter and nitrogen oxide (NOx) emitted by combustion engines, as now applies for the first time to all engines between 19 and 560 kW. Due to the Covid-19 situation, for off-road equipment powered by engines below 56 kW and above 130 kW, the European Parliament has now extended the production deadline for engines that comply with the new standard to 1 July 2021. Their full implementation and distribution are now set for 1st January 2022. The Genie S-65 XC boom lift’s 36 kW diesel engine already meets these strict EU Stage V emissions standards. 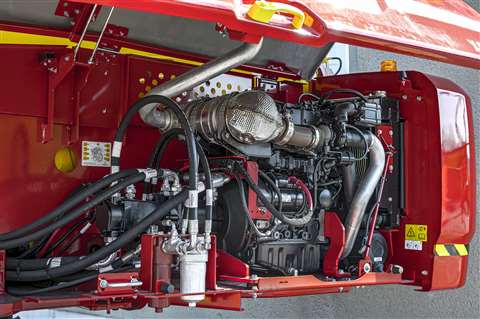 “Notably, for heavy outdoor applications, we still find that the demand for MEWPs with a powerful diesel engine continues to be high,” explains Dirk Feyerabend. “However, we are receiving increasingly more requests for machines and equipment that generate the lowest emissions levels possible. Particularly on large construction sites and in urban areas, contractors often have environmental specifications that are a prerequisite for placing an order. Demand for greener solutions with low-emissions technology is an increasing trend among our customers.”

The Genie S-65 XC boom lifts that Zeppelin Rental has added to its fleet are suited for projects with strict regulations concerning the emission of fine dust particles and nitrogen oxide (NOx). Their operation is also quieter than models equipped with an earlier-generation engine. Thanks to their maximum working height of 21.81m and horizontal outreach of 16.51m, these Stage V engine boom lifts will be used mainly in warehouse and power plant construction or bridge building applications. Featuring two load capacity zones, one restricted at 454kg and one unrestricted at 300kg, these powerful Genie boom lifts offer operators the benefit of delivering their full strength in high jobsite applications. 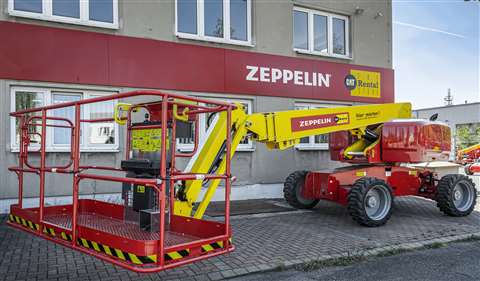 The water-cooled Genie turbo-diesel engine complies with these new EU Stage V emissions regulations thanks to its after-treatment system, a built-in DPF (diesel particle filter) — a component that requires occasional cleaning through a process called regeneration. The regeneration process can happen passively and actively. The passive DPF regeneration occurs automatically when the engine temperature is high and the soot level has increased. During this process, the operator may only notice a slightly higher engine speed, but no noticeable degradation in performance. For Zeppelin Rental, one of the key advantages of its new Genie boom lifts’ engine is its smart active regeneration system that is exclusive to all new Genie Stage V machines, and to date is the only system of its kind on the market. Four active alert levels inform the operator when regeneration is required — long before it becomes necessary. This protects the machine from damage, which is a great benefit when working on long-term rental contracts. Furthermore, it allows Zeppelin Rental to plan the regeneration cycle at the most convenient time, to maintain jobsite productivity and the uptime of its new Genie boom lifts.