Owner of Sunbelt Rentals, Ashtead Group, reported a 6% fall in revenues to £1203 million (US$1569 million) for its first quarter to 31 July 2020, which covered three of the worst months of the pandemic lock-down. The fall in revenues was almost the same for Sunbelt’s USA and UK operations.

In the US and Canada, the group experienced 8% and 2% declines in rental revenues, respectively, while in the UK, rental revenue decreased 9%.

“In the US, a moderate rental only revenue decline represents a strong performance in difficult market conditions, demonstrating the benefit of our strategy of growing our specialty business and broadening our end markets,” said the company.

During the quarter, the group’s specialty business, excluding oil and gas, grew 6% while the general tool business declined 9%. Total revenue in the US, including new and used equipment, merchandise and consumable sales, decreased 7% to $1,284 million. 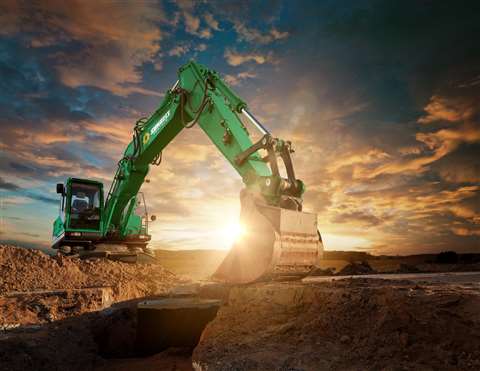 The 2% drop in Canada’s rental-only revenue, excluded the impact of the acquisition of William F. White (WFW), which resulted in an overall rental revenue decrease of 11%. In total, revenue from Canada stood at C$90 million for the quarter, down from C$95 million in 2019.

The UK business, which was rebranded Sunbelt Rentals from 1 June, generated rental-only revenue of £80 million, down 9% on the previous year, from £88 million. The performance was a result of its fleet providing essential support to the UK government’s Department of Health in its Covid-19 response efforts. Total revenue in the UK decreased 6% to £123 million ($160 million), from £131 million ($171 million) in the second quarter of 2019.

Ashtead took an early decision to not make any team members redundant as a result of Covid-19, not to seek assistance from government support programmes, and to continue investment in the business. In the US, this contributed to a decrease in operating profit from $447 million in the first quarter of 2019, to $324 million in the same period this year.

Last year in the UK, the group launched Project Unify, with the objective of improving operational efficiency and returns. This has resulted in significant investment and combined with the impact of Covid-19, contributed to an operating profit of £8 million ($10.4 million), down from £15 million ($19.6 million) in 2019.

The most recent acquisition in Canada of WFW was a significant drag on Canadian performance in the quarter. Film and TV production activity in Canada ceased in March and is only just about to restart. As a result, WFW contributed virtually no revenue in the quarter yet the full team members and infrastructure of the business was maintained. Excluding WFW, operating profit in Canada was C$11 million for the quarter, compared to C$16 million in 2019.

Ashtead’s chief executive, Brendan Horgan, commented, “I am extraordinarily proud of, and grateful for their collective response and execution, doing so while keeping our leading value of safety at the forefront of all we do.

“Looking forward, the strength of our business model and balance sheet positions the Group well in these more uncertain markets. Assuming there is no significant Covid-19 second wave leading to major market shutdowns, like we experienced earlier this year, we expect full-year group rental revenue to be down mid to high single digits when compared with last year on a constant currency basis.

“The benefit we derive from the diversity of our products, services and end markets, coupled with ongoing structural change, enables the Board to look forward to a year with free cash flow in excess of £1 billion ($1.3 billion), continued strengthening of our market position and the medium term with confidence.” 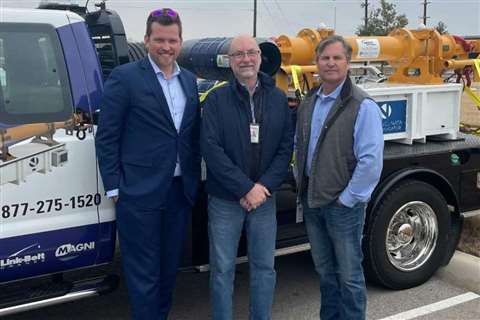