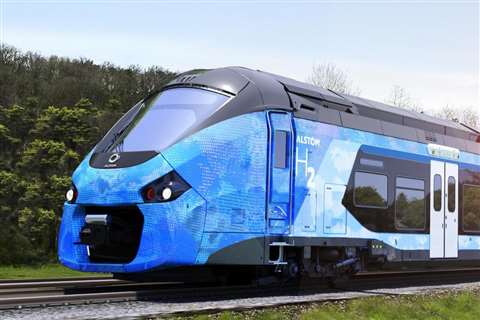 The French government has announced a €100 billion ‘France Reboot’ stimulus package to bolster its ailing economy in the face of a spike in coronavirus numbers.

As a priority, the two-year plan aims to halt the rapid rise in unemployment through the creation of at least 160,000 jobs by next year.

According to reports, approximately €30 billion of the package will be spent on environmentally friendly energy policies, with €2 billion in additional funding set for the continued development of a hydrogen infrastructure, including hydrogen-powered rolling stock for the country’s rail network.

The engineering firm Alstom is, for example, set to place two hydrogen-powered trains on the SNCF network by 2022.

The recovery package will also fund a reduction in the carbon intensity of manufacturing, as well as the development of green technologies, including hydrogen, biofuels and recycling.

In construction, the government has earmarked €9 billion for the development of sustainable energy, plus €7 billion for building renovation and increased energy efficiency.

The European Union has pledged €40bn to the recovery package, which is forecast to return France’s GDP to its pre-Covid (ie 2019) figure by 2022.

Government officials say the package will ultimately be worth up to 4% of France’s GDP, a larger proportion than any other European country has pledged for recovery.

France’s Prime Minister, Jean Castex, said, “This recovery plan aims to keep our economy from collapsing and unemployment exploding, adding that “the ambition and size of this plan are historic”.