The Liebherr-France SAS development and production site has launched a new demolition crawler excavator for the global market. 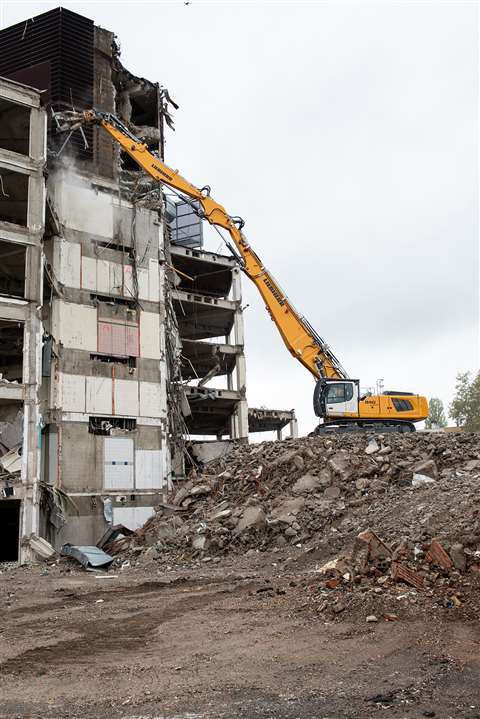 The R 940 Demolition is the successor to the R 944 C and joins a product range that already includes the R 950 Demolition and the R 960 Demolition.

Liebherr, whose French operation is based in Colmar in the east of the country, has more than 50 years experience developing and producing demolition excavators.

Like other products in the range, the R 940 Demolition features properties for selective deconstruction. The company says that apart from the Liebherr Demolition Control System (LDC) – which shows the driver the position of the demolition tool to guarantee the stability of the excavator – a 30°-tiltable cab ensures an optimal view of the working area. The hydraulically adjustable undercarriage with variable track gauge facilitates transport and the counterweight can be removed.

The Liebherr engine, which complies with exhaust emissions standard Stage V, reaches an output of 200 kW, features a diesel oxidation catalyst, SCR system, particulate filter and does not have an EGR valve, which the company believes ensures lower fuel consumption and higher productivity.

This machine is also available in a Tier 4 Final version, as well as for less regulated markets with a corresponding engine.