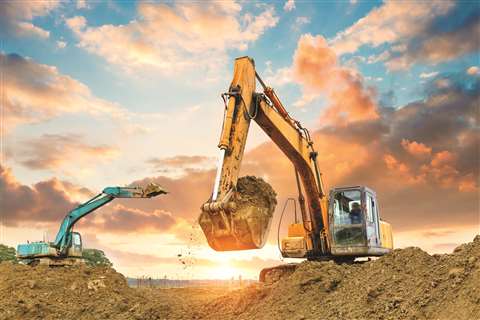 The tariffs apply to some construction machines

The European Union (EU) is moving forward with tariffs on certain goods imported from the US, with construction equipment on the list.

The new regulation came into effect on 10 November and applies to the following categories of construction machines:

- Self-propelled front-end crawler shovel loaders (other than specially designed for underground use);

According to the EU, the imposition of additional tariffs was authorised by the World Trade Organization (WTO) as “countermeasures against illegal US subsidies to aircraft maker Boeing”.

Similarly, in 2019, the WTO authorised the US to impose tariffs on EU exports, in response to what it agreed were illegal subsidies paid to the Netherlands-headquartered aerospace company Airbus.

The additional tariffs imposed by the EU on US exports are expected to hit goods worth approximately US$4 billion (€3.4 billion).

While the new regulation follows the latest breakdown in talks between the EU and US negotiating teams, the European Commission has said it “stands ready to work with the US to settle this long-running dispute and also to agree on long-term disciplines on aircraft subsidies.”

CECE, the Committee for European Construction Equipment recently called for the swift resolution of the dispute between the two sides, saying, “…the current trade tensions between the US and the EU should be solved through a constructive dialogue and a positive trade agenda in order to avoid a vicious cycle of countermeasures.”

The association added, “Today, 80% of world trade is driven by supply chains with trade in intermediate goods now nearly twice as large as trade in final goods. This is especially important in advanced manufacturing like construction equipment.

“Resorting to tariffs and countermeasures in the WTO Airbus - Boeing dispute is threatening to undermine transatlantic economic growth and development.”