Atlas Copco has re-engineered its XAS 58 air compressor to make it compliant with the new Stage V emissions regulations, which are soon due to come into force for engines between 56 and 130kW. 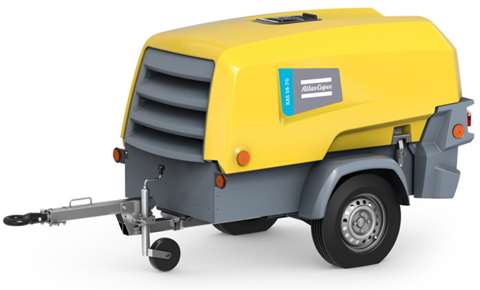 The construction tools and equipment manufacturer said that it wanted to help construction managers adhere to the new regulations “without losing the benefits and cost-savings associated with two-toolers”.

The XAS 58 air compressor is designed to power two hand tools, such as two RTEX 25 breakers that need 50 litres per second, at the same time. Atlas Copco has fitted the compact model with a mechanical engine under 19kW, that delivers an airflow of 3m3/min.

Designed for use on construction and demolition sites, the XAS 58 features Atlas Copco’s patented HardHat canopy and has a strong undercarriage making it safe to transport on rough ground.

The Stage V compressor model, which incorporates a spillage-free frame to eliminate any risk of ground contamination, weighs less than 750kg and can be towed behind a car.