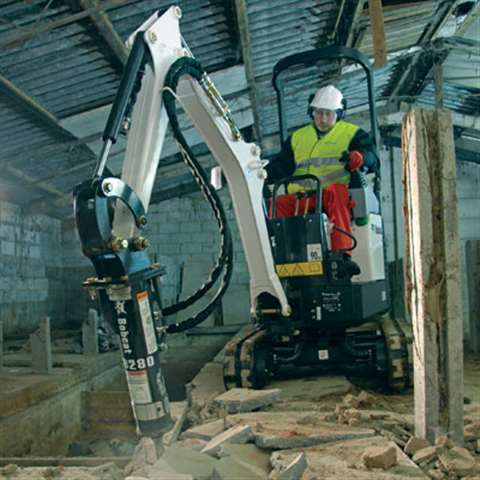 Bobcat has now approved the use of its HB880, 980 and 1180 80 series breakers on the new E55W wheeled and E60 tracked excavators, using pin-on, Klac or Lehnhoff mounting systems. In addition, the company has announced that at the other end of its breaker range, the smallest (HB280) now is fitted with the same modular fixing cap system used on the rest of the 80 series and can now be used on the E08 and E10 microexcavators.

Bobcat says that its 80 series breakers feature an innovative hydraulic system design that provides increased efficiency to ensure a longer working life, as well as an effective soundproofing system, with the striking assembly being held top and bottom by suspension systems that are not in contact with the outer cylindrical housing.