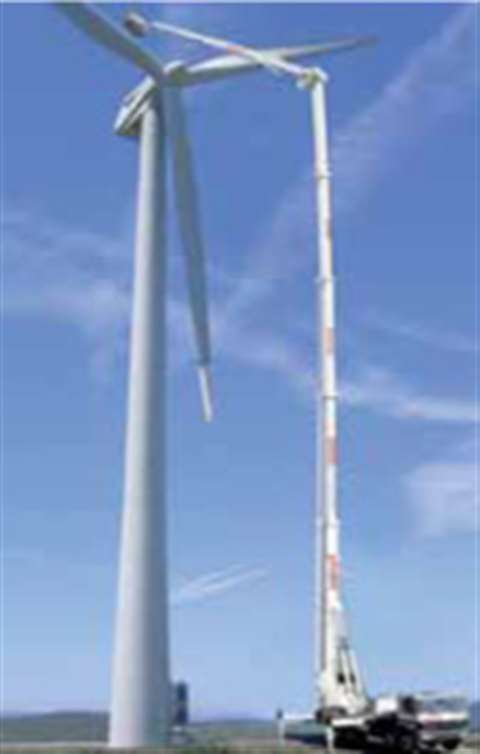 In March this year Spanish rental company Euroloc had around 500 aerials in its fleet. Six months later and it has something approaching 9000, courtesy of two big acquisitions in almost as many months – Nacanco Spain in May with 3000 units and Umesa in August with over 5000.

Clearly Euroloc believes – like many other general rental companies before it – that aerials is a business to be in. The firm is now engaged on a big integration effort, with Pedro Torres, who led Nacanco's Spanish operation, appointed managing director of Euroloc's new access division, and Gaspar Puig – Umesa's founder and president – becoming non-executive president of the access division and a member of the main Euroloc board.

“There is a lot of work for us to do to integrate the businesses”, acknowledges Mr Torres, talking to its access business. Its big Spanish competitor, GAM, recently acquired Vilatel, another access specialist on a similar scale to Umesa.

These acquisitions illustrate a general trend in the access rental market, particularly in Europe, with demand growing for powered access platforms. In fact, investment in access by rental companies has been replicated globally, and in North America and Europe especially.

This is reflected by the results of the recent Access-50 survey of the largest access rental fleets in the world by our sister magazine, Access International. Overall, the top 50 fleets grew by 21% to 402900 units, with European fleets growing on average at a faster rate – the top 30 European access renters boosted their fleets to 130000 units, an increase of 25% over 2006. This is remarkable fleet growth by any standard.

While much of the growth in the bigger fleets has been achieved by acquisitions, companies are also expanding their fleets organically – Umesa, for example, is going to add over 1000 machines to its fleet this year.

If access is already a key product for many of the bigger US rental companies – including United, Sunbelt, Ahern Rentals and NES Rentals – then the same is true in Europe, where many of the bigger companies are creating specialist access divisions. GAM and Euroloc in Spain are doing this, as has Loxam of France.

Boels BV in the Netherlands is typical of the generalists who are investing in aerials.

Pierre Boels jr, the company's managing director, speaking at a recent European Rental Association event, says his access rental revenues will grow by 45% from 2006 to 2007, with 18% of the company's turnover now in access.

He said the aim is to increase that to around 30%, which will be significant, but still lower than a company like United Rentals, which has around 40% of revenues in access. Boels currently has a fleet or around 2900 units and has ordered around 800 machines this year.

Bernard Pointet, who runs Lev in France, the access rental business owned by Haulotte Group, speaking at the same meeting, said the last 10 years had seen a definite trend for access specialist to be acquired by general rental companies, and he forecast that this trend would continue.

One possible consequence of this, according to Mr Pointet, is that it will become more and more difficult for access specialists to survive, and that they will increasingly have to diversify their product ranges – including truck mounted aerials and specialist Spider type platforms – in order to survive. “The access market is belonging more and more to the generalist”, says Mr Pointet.

Some access specialists are already expanding outside of access: Venpa in Italy has moved into earthmoving equipment, and many access companies are also investing in telehandlers. The UK's Platform Company being a good example.

How one major access specialist, Lavendon, has reacted to competitive pressures is interesting. With a European fleet of over 13700 aerials, it has been diversifying its products in some ways – investing in self-drive vehicle mounted platforms and also very small vertical mast units – but more importantly it has been acquiring local access rental companies and retaining their brands and particular expertise.

These acquisitions – including Panther Platforms, Rise Hire and Higher Platforms – are run as separate Small Pop-Up scissors rented from AFI-Uplifts being used by electricians on a project in London. AFI is one of Europe's fastest growing access rental companies.

divisions and are attractive because they offer a different mix of customers, or equipment and customers (van-mounted units rented by utility companies with Rise Hire).

Riwal in the Netherlands, on the other hand, is becoming a kind of ‘alternative’ Lavendon – a pan-European player but with an eye for developing markets. It is establishing rental businesses in several countries – most recently Norway and France – and is also developing new markets in southeastern Europe in states of the former Yugoslavia. Riwal has actually sold its small crane rental operation to increase its focus on aerials.

One of the relevant aspects of the Euroloc-Umesa deal is that Euroloc appears to be happy to have acquired Umesa's truck-mounted business, including very high reach machines that are usually the preserve of access specialists. Euroloc's Pedro Torres says Umesa's expertise in truck-mounts was an attraction for Euroloc and that the big truck mounts will be kept.

Euroloc also has aims for its access division which are more commonly found in access specialists: it wants to develop new markets, such as the industrial sector. “We want to penetrate new markets from the traditional construction sector”, says Mr Torres.

That could well be a frightening prospect for access rental companies. How do they differentiate themselves from the generalists when the generalists start to act more and more like specialists?