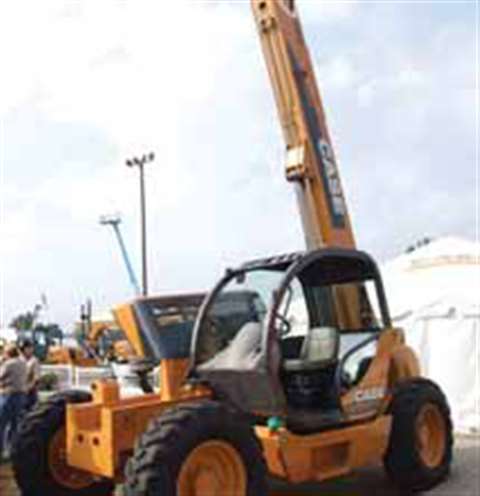 Case said there were no plans to start manufacturing the handlers in North America.

The machines – officially launched in mid-October at the ICUEE utility equipment show in Louisville, KY – will be available from the first quarter of 2008, with two further European handlers – a 6,000 pound/35 foot unit and a 10,000 pound/55 foot model – available in the second quarter.

“Feedback [from Case distributors] has been overwhelmingly positive,” Mike Kaufmann, Case product specialist, told ALH. “The three biggest things are, first, the all round visibility from the cab, second is that they carry the 'Case DNA' for ease of maintenance, and the third is operator comfort.”

A canopy cab will be standard on all models, although an enclosed cab will be an option. All three handlers use the same Case 4.5 l engine that powers the larger Case skid steers and five of its backhoe loaders. “There is a lot of commonality,” said Kaufmann, adding the 8,000 pound model would be the most popular size in North America.