Ruthmann Italia’s Bluelift brand of tracked platforms are being distributed in Chile by Grupo Vertikal (VertiTek) and Lumus in Colombia under new sales and service agreements. 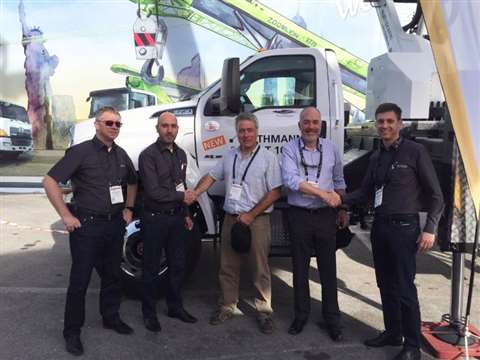 Speaking of the VertiTek agreement signed  at ConExpo in Las Vegas, US, earlier this year, Rodrigo Carrasco Pérez, general manager, commented. “In our region, the demand for multifunctional track-drive access platforms is rising steadily. To tap into this ever-growing market, it is important to have the right business partners and products.”

The company is already a long standing customer of parent group Ruthmann, having invested in a Steiger T 470 truck mount.

Uwe Strotmann, Ruthmann general sales manager, added, “We are very pleased that our valued Chilean customer has now also decided to become a Bluelift dealer. VertiTek is a firmly established player in the South American work platform sector. The company has exceptional know-how and a well developed network across the country. Together, we will establish new customer groups and increase our market share in that corner of the world.” Based in Lampa-Santiago, the company also represents Almac and Dinolift products. 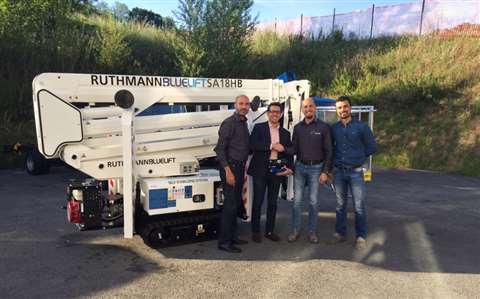 Mr Strotmann and Gianni Marti, general manager Ruthmann Italia, said, “Lumus has earned an excellent reputation as sales and service partner for Jekko mini cranes. Lumus also has a wealth of experience and a well-developed network of highly skilled sales and service professionals. Together, we will establish new customer groups and increase our market share in Columbia.”