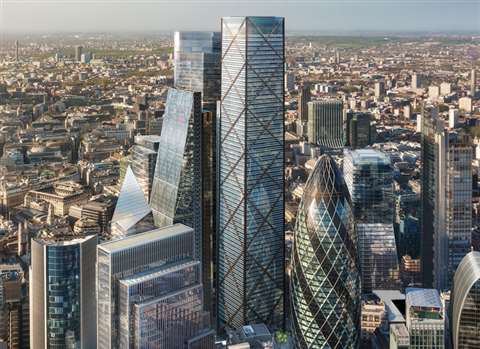 When built, 1 Undershaft will be the tallest building in the City of London

Called 1 Undershaft, it will be the tallest building in the City of London at 304.94m, as the slightly taller Shard is situated across the River Thames, and therefore not technically in the City.

Planning permission has been granted to Singapore-based Aroland Holdings after the Corporation’s Planning & Transportation Committee voted of 19 to 2 to approve the project, which will involve the demolition of the existing St Helen’s building, formerly known as Aviva Tower.

The new building will provide 130,000m2 of office accommodation, as well as more than 2,000m2 of retail space. At the base of 1 Undershaft, a new larger public square will be created.

The design is by Eric Parry Architects.