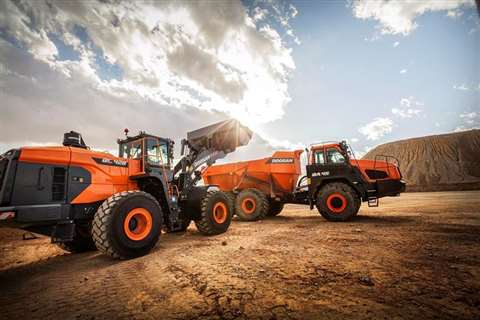 Hyundai Doosan Infracore has released its third quarter financial results, revealing that while sales grew, its operating profit plummeted by 47%.

The company attributed this fall in its earnings before interest and taxes (EBIT) to slowing demand in China and rising cost pressures, although the company did say that it expected this to be the low point, and for this figure to gradually recover.

Construction equipment sales in China fell by 61% in the third quarter of the year. The company said that this was due to the, “slowing down in new construction projects as the Chinese government is strengthening environmental regulations and safety diagnosis.”

On a more positive note, sales were up in South Korea and emerging markets by 54% and in North America and Europe by 34%.

The South Korean OEM, which was acquired by Hyundai Heavy Industries Group earlier this year, said that its financial structure had deteriorated due to the artificial nature of the spin-off merger but that this would be remedied by the upcoming capital reduction. Net debt for the company is KRW 1.5 trillion (US$1.2 billion).