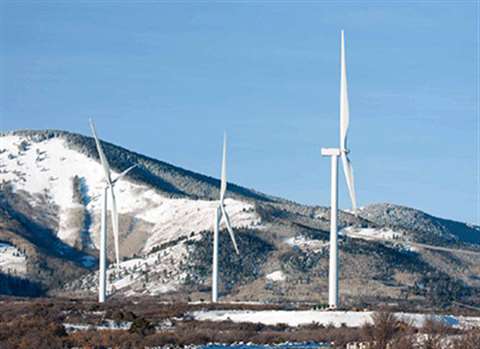 New best practice guidelines for the lifting and transportation of wind turbines are under discussion following a meeting between representatives of turbine manufacturers, subcontractors and crane and transport firms.

It was just one of the subjects debated at the meeting organised in Fredericia, Denmark, by VDMA Power Systems, part of the German engineering federation. Members include the major wind turbine manufacturers.

The discussions involved both ESTA - the European Association for Abnormal Road Transport and Mobile Cranes - and the European Materials Handling Federation, FEM.

Other subjects on the agenda included working at height; taglines; working in darkness; and rescues from turbines in emergencies.

ESTA and FEM were invited to take part following the successful wind industry summit, run by the two organisations, with the support of the VDMA, in Hamburg, in February 2017.

ESTA’s representative in Denmark was Sander Splinter, Crane Section president and Mammoet Europe managing director. Splinter commented, “Of course, the meeting was the first one ESTA has been involved in and is therefore only a first step. But it was both interesting and positive. In particular, the discussions on developing a proposed best practice guide for heavy lifting and transport were an excellent step forward.”

Splinter added, “Our Hamburg conference gave us the opportunity to explain our sector’s concerns to a wider audience and we look forward to continuing to build on the relationships with the VDMA and others, and to make the industry safer.”

The next VDMA wind industry meeting is expected to take place in July.