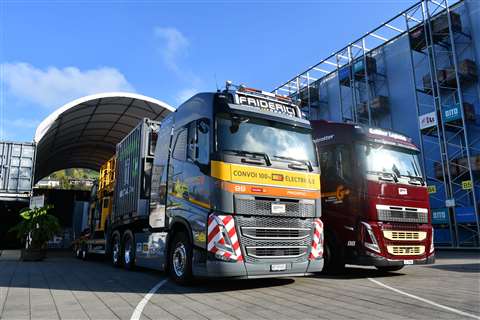 ESTA is urgently reminding its members and supporters to be aware of the controversial new Europe-wide sanctions register for transport violations that came into effect on 1 April this year.

The ERRU register – the European Register of Road Transport Undertakings – contains Europe-wide records of violations of transport legislation and includes a penalty points system. If a transport operator collects too many penalty points, they risk losing their licence to operate.

ESTA remains ‘extremely concerned’ that the register will disproportionately the impact the heavy and abnormal transport sector and is calling for clarification on how the new rules will be interpreted by national transport and police authorities.

Under the new system, every violation of road transport law will attract a number of penalty points. If a company’s points exceed the limit – set according to the size of the company – it risks having its licence suspended or revoked.

In addition, the legislation also applies to individual transport managers.

The long list of potential offences includes violations of the rules on driving and rest times, tachographs, working times, weight and dimensions, the technical condition of the vehicle, speed limits, driver competence and the transport of dangerous goods by road.

Ton Klijn, ESTA director, said, “ESTA strongly backs all measures to improve safety but we are very worried by the lack of clarity about how the new rules will be applied locally, and we fear that the penalty points system will unfairly hit abnormal transport companies who will face a much higher risk of losing their licence as a result.”

The ERRU register was created by the European Commission to allow a better exchange of information between member states, so that the authorities can monitor whether road transport companies are complying with the rules.

It was officially adopted in 2013 but its launch was delayed until this year at the request of several countries who argued that they were unprepared for its introduction.

ESTA explained that within the ERRU there are three categories of violations, namely minor, medium and serious. The problem for abnormal transport is that for relatively minor offences the transport permit often becomes void and therefore offences can quickly fall into the highest category.

For example, a small exceedance of the driving times in the permit already results in 12 penalty points. But for companies with 2 to 10 vehicles, the maximum number of penalty points in two years is 26.

In a statement, the European Commission said. “Undertakings that do not respect the rules when operating abroad will face the consequences in the member state where they are based. This creates fairer competition conditions in the road transport market.

“The set-up of the national registers and their interconnection are required under the legislation on the access to the profession of road transport undertakings (Regulation (EC) No 1071/2009).”

ESTA is planning talks with national authorities to discuss the ERRU’s implementation and is calling on the European Commission to address their concerns.

Ton Klijn added, “Our aim is simply to try and achieve a more realistic approach to fines for breaches in regulations by abnormal transport operators in the set-up of the ERRU register.”

A detailed briefing on the ERRU register is available for free in the Library section of the ESTA website here.