Spanish crane rental firm El Rayo Amarillo has purchased a JF545 mini crane made by Italian manufacturer Jekko. According to Jekko, it is the first of that model type to be delivered in Spain.

The mini crane is the larger version of the JF365 and was developed in partnership with Italian loader crane manufacturer Fassi. It has an articulating hydraulic boom, as usually seen on loader cranes, running on crawler-style tracks. The boom is double articulated and a jib can be added. This, Jekko said, means it can be used for a wide range of applications, both indoors and out. This is aided by the crane’s two motors: a 55 kW diesel engine and a 13 kW three-phase electric engine.

The crane was supplied to El Rayo Amarillo by Jekko’s Spanish dealer Transgruas. 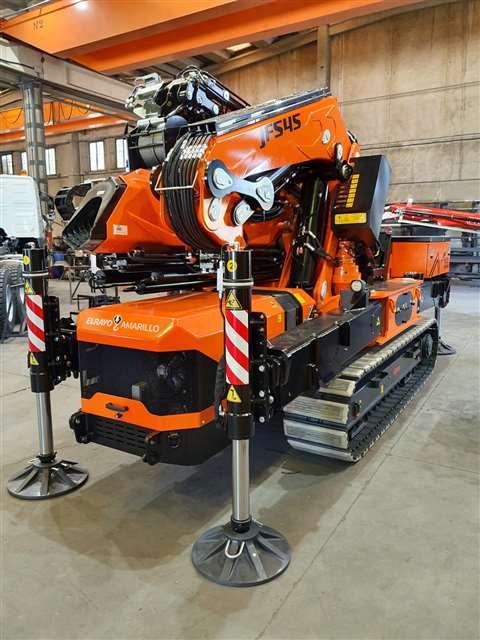