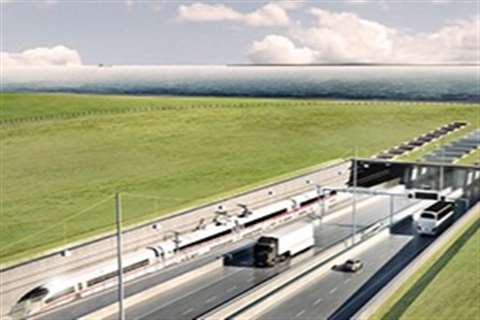 Denmark’s public funding of the Fehmarn Belt link has been found to be legitimate, following an investigation by the European Commission (EC).

The aid given to the undersea road-and-rail tunnel project, set to link Germany and Denmark, was challenged by Scandlines and Stena Lines ferry services.

However, EC executive vice-president Margrethe Vestager, who is in charge of competition policy, said the benefits of the link outweigh any distortion of competition rules.

“The Fehmarn Belt fixed link,” she said, “will contribute to the cross-border integration of the two regions it will connect. It will be key to complete the main north-south route connecting central Europe and the Nordic countries to the benefit of the European economy.

“Following an in-depth investigation, we concluded that the Danish measures to support this project of common European interest are in line with EU state aid rules, as the positive effects of the project clearly outweigh any potential distortion of competition.”

The fixed rail and road link will run between Rodby on the Danish island of Lolland and Puttgarden in Germany and will include a 19km-long undersea tunnel with a double-track railway line, plus a four-lane motorway.

Initially, Germany and Denmark were due to share the financial burden of the project, but a new agreement at the early stages of planning saw Denmark taking sole ownership.

As such, and following the EC investigation, it is now limited to offering guarantees and loans up to a maximum of €9.3 billion, for the first 16 years of operation.

The financing will support the planning, construction and operation of the project, which will be undertaken by A/S Femern Landanlæg for the Danish hinterland connections and Femern A/S for the coast-to-coast infrastructure.

The only element of the project that will come under German jurisdiction will be the German hinterland connections.

Although, under the current circumstances, it is unclear when construction will move forward on the link, the estimated completion date is expected to be 2028, as per the original plan.