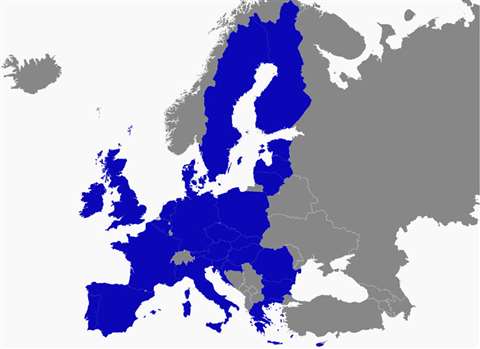 The Parliament’s final vote in a plenary sitting today will be followed by the Council’s adoption, which is expected to take place in the weeks to come. Publication of the Regulation is expected shortly. Supplementary legislation, in the form of delegated and implementing acts, is being finalised as well. This will include technical requirements and administrative provisions, and is expected to be adopted before the end of the year.

The legislation defines engine categories, which are divided into sub-categories according to their power range. For each category, it sets emission limits for carbon monoxide (CO), hydrocarbons (HC), NOx and PM, with deadlines for implementing them, starting from 2018.

The European Parliament said that compared to the existing directive, the legislation covered more types of engines, simplified administrative procedures and improved enforcement and market surveillance.

The plans include a new in-service engine performance monitoring system which is designed to close the current gap between laboratory emission test figures and those measured in the real world.

As advocated by MEPs, the EU Commission will have to assess the possibility of laying down harmonised measures for retrofitting emission control devices to engines. MEPs also won a review clause, with a view to achieving further emission reductions.

CECE (the Committee for European Construction Equipment) said the regulation was the latest step in a series of ever-tighter emission limits which had already reduced PM and NOx emissions for land-based machines by over 95% in recent years.

Sigrid de Vries, secretary general of CECE, said, “Overall, the new regulation sets an ambitious timeline. It will remain a challenge to redesign the hundreds of machinery types and applications in the timeframe given, but the machine manufacturing industries are committed and capable to make these necessary adjustments and contribute to improving air quality in Europe,”

This balance was achieved thanks to a number of adjustments introduced during the legislative process, while keeping the original emission limits and introduction dates for land-based machinery as proposed by the European Commission.

As well as the extension of the general transition scheme by six months, a provision was introduced on replacement engines with a time limit of 20 years to allow for the continued use of machinery using replacement engines, thereby contributing to the EU’s objectives on resource efficiency.