The JF990 has a maximum lifting capacity of 21.5 tonnes and, with the addition of a jib, has a maximum reach of 41 metres. An auxiliary electric motor enables the crane to operate in electric mode, thus reducing gas and noise emissions.

The crane also has a stabilization system and a small footprint, which makes it easy to transport, said Jekko.

In addition, the crane can be fitted with a two-person basket which can reach 38 metres in height and has a working radius of 34 metres.

“The customer was looking for a crane capable of substituting the traditional truck crane but that was less cumbersome and, most importantly, equipped with an electric engine in order to reduce emissions,” said Oscar Hausammann from Jekko Norge. “This is a very important issue considering the tight restrictions on the use of combustion engines.”

The crane will initially be used for the placement of prebuilt houses on a construction site near Oslo. 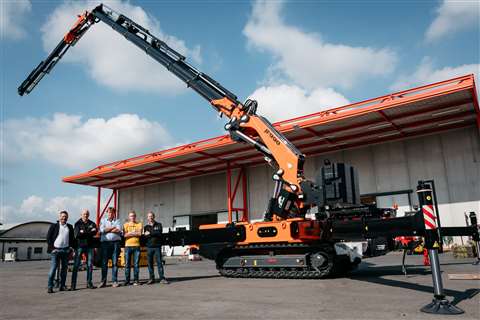