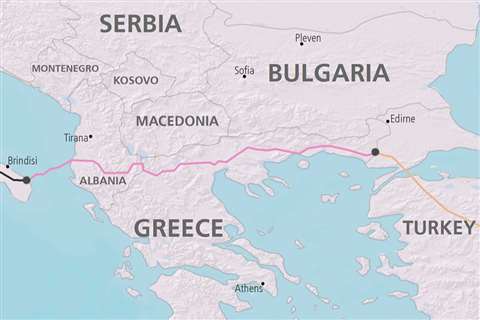 Construction of the Greek section of the Trans Adriatic Pipeline (TAP) has been completed, according to reports in the Greek media.

The €4.5 billion undertaking – a priority project for the European Union – will see natural gas transported from Azerbaijan’s Shah Deniz 2 gas field to Greece, Italy and Albania.

The TAP pipeline connects with the Trans Anatolian Pipeline (TANAP) at the Greek-Turkish border, then runs west across the country, through Albania and across the Adriatic to connect with southern Italy.

The project was announced in 2003, but construction only began in 2016. When completed, TAP will open up the Southern Gas Corridor, which will at that point extend to 3,500km, from the Caspian Sea to Europe.