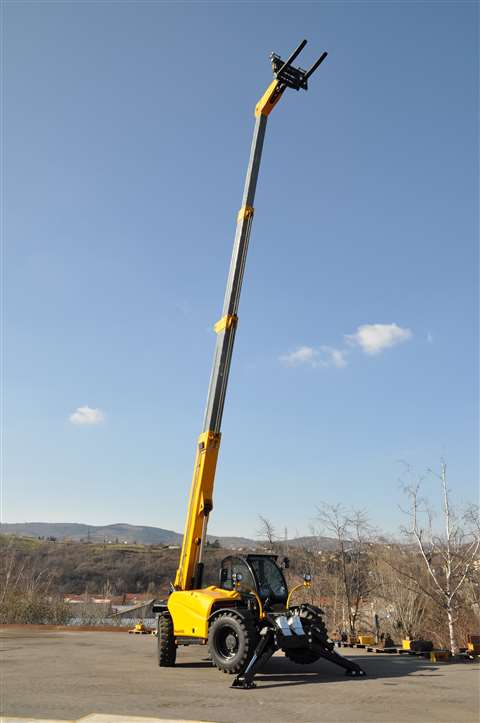 Haulotte's new telehandler, the HTL3617Pro can reach up to 17m

The HTL 3614 Pro and HTL 3617 Pro have been developed by the Haulotte Group. The company says the two new machines complete their range of telehandlers.

The new HTL 3614 Pro can reach 14 m and the HTL 3617 Pro reaches 17 m. Both machines feature working capacities of up to 3.6 tons, and a fully proportional hydraulic electronic control moves the boom. Both chassis feature levelling functions as standard.

A 93 hp Deutz engine comes is a standard hydrostatic transmission, and the company says blocking of the rear axle, "in terms of security," is installed as standard on both Pro units.