Deutz said it achieved further growth in the second quarter of 2021 finishing the first half of the year on a positive note and revealing progress with its hydrogen engine development plans.

The Cologne, Germany-based company said revenue for the second quarter increased by 52.3% compared with the prior-year period, to reach €426.8 million. Earnings before interest and taxes (EBIT) before exceptional items came to €16.0 million, up from an operating loss of €38.1 million in the second quarter of 2020.

Deutz said the engine has passed initial tests on the test bench “with flying colors” and is scheduled to go into full production in 2024. Dr. Markus Müller, Deutz Chief Technology Officer, said: “The six-cylinder TCG 7.8 H2 is based on an existing engine design. Generating a power output of 200 kW it runs carbon-neutral and very quietly. In principle, the engine is suitable for all current Deutz applications, but due to the available infrastructure it is likely to be used first in stationary equipment, generators, and rail transport.”

The hydrogen engine’s first pilot application will be in stationary equipment for power generation in partnership with a regional utility company. The pilot is scheduled to commence at the beginning of 2022 with the aim of demonstrating the engine’s suitability for everyday use. 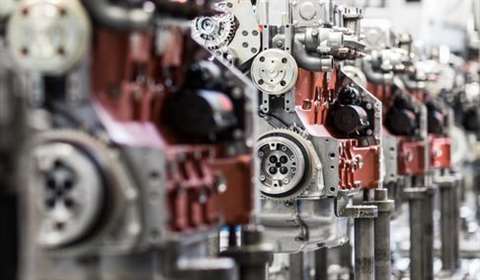 The Deutz engine production line. Deutz said it achieved further growth in the second quarter of 2021.

“We continued to pursue our strategic growth initiatives despite the coronavirus crisis and remained focused on embracing new technologies and driving forward the development of our portfolio,” said Dr. Frank Hiller, CEO of the Deutz Group.

He added: “Our hydrogen engine has now reached market maturity and this will bring us another step closer to a future of climate-neutral off-highway drive solutions. As our customers’ willingness to invest is picking up again, we are seeing growing interest in new, innovative drive systems – be it hydrogen-powered or electric.”

In March 2019 Deutz announced it had signed a letter of intent on collaboration with Munich-based start-up Keyou. Hydrogen adds a further possibility for carbon-neutral drive systems alongside its electrification strategy, Deutz said.

That announcement said that Deutz and Keyou intend to jointly develop hydrogen engines for off-road and on-road applications, as well as for power generation, and bring those engines to production readiness.

It said strategic partnerships and alliances are a concept that it had already been pursuing long before the coronavirus crisis. The impact of the pandemic on the flow of goods around the world and on global supply chains has further increased the significance of these relationships, it added. In early February, it entered into a long-term supply agreement with agricultural machinery manufacturer SDF, which is expected to generate annual contributions to revenue in the double-digit millions of euros in the medium term.

In early July, another partnership was concluded with AGCO. Alongside an agreement for the supply of updated 6.1 liter and 4.1 liter engines for Fendt tractors, Deutz and AGCO will also cooperate on future engine technologies. Additionally, the two companies will explore the possibility of expanding their collaboration to sub-150 hp engines and the associated components.

In the first half of 2021, new orders received by Deutz totalled €1,028.8 million – an increase of 65% compared with the prior-year period, which had been heavily affected by the outbreak of the pandemic. All regions and application segments achieved double-digit percentage increases thanks to customers’ growing willingness to invest, said Deutz.

New orders in June 2021 were boosted by nearly €100 million due to the one-off effects of spending being brought forward, which helps to explain why the increase in new orders was higher relative to the increase in unit sales and revenue as described in the following section, said Deutz. This situation came about mainly because of customer orders being brought forward in response both to price adjustments and to longer lead times resulting from global material shortages and logistics bottlenecks, it added.

With a total of 93,627 engines sold, the Deutz Group registered an increase in unit sales of 26.8% in the reporting period. The number of Deutz engines sold (excluding electric boat drives from its subsidiary Torqeedo) rose by 30.9% to 75,431. Torqeedo sold 18,196 electric boat drives, which was 12.0% more than in the first half of 2020.

The EMEA region, which is currently Deutz’s largest sales market, saw the sharpest rise (up by 34.3%). This growth was driven primarily by the Material Handling application segment, whose unit sales nearly doubled.

All regions contributed to the increase in revenue with double-digit percentage growth rates. The German sales market saw a particularly sharp rise of 31.5%. Revenue in China, the biggest sales market for the regional growth strategy of Deutz, advanced by 40.4% compared with the first half of 2020 to reach €76.4 million.

It can be assumed that global problems with the supply of input materials will continue to weigh on business performance and that supply issues for certain components will persist, the company said.

“In light of our positive performance in the first half of this year and the current level of orders on hand, we remain confident that we are on track to achieve what we predicted in the upgraded full-year guidance for 2021 in April,” said Hiller. 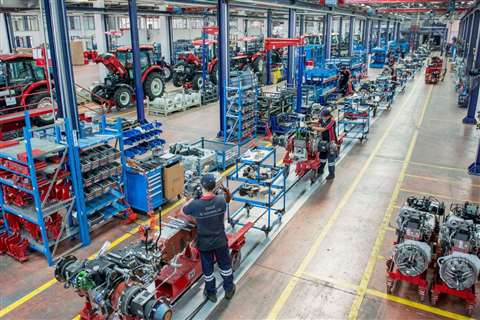 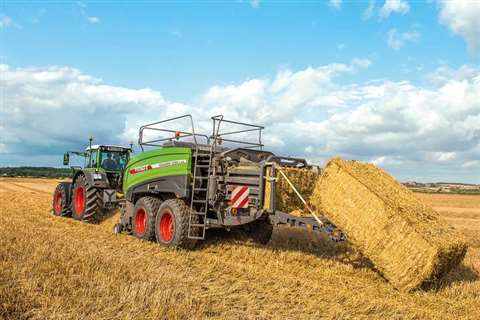 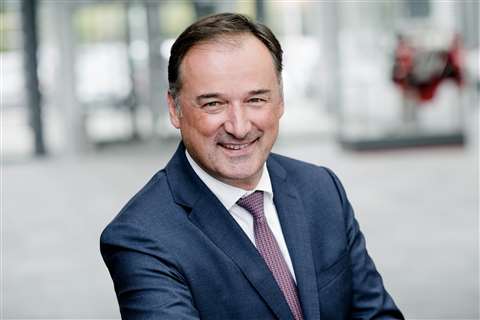