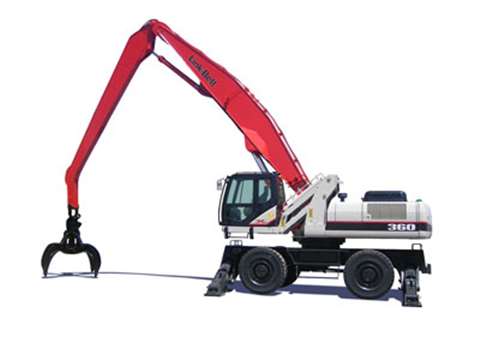 Link-Belt used the ISRI trade show in San Diego in early May to premier its new 360 X2 RT wheeled material handler to the market. Weighing in at 42,865 kg (95,000 lb), the new machine has a reach of 16.8 m (55 ft) and is powered by an Isuzu diesel rated at 205 kW (271 hp). The LBX 360 X2 RT is currently undergoing testing, full production is scheduled to start towards the end of this year and the company says that the first production models should be available in January 2011.