In a class of its own 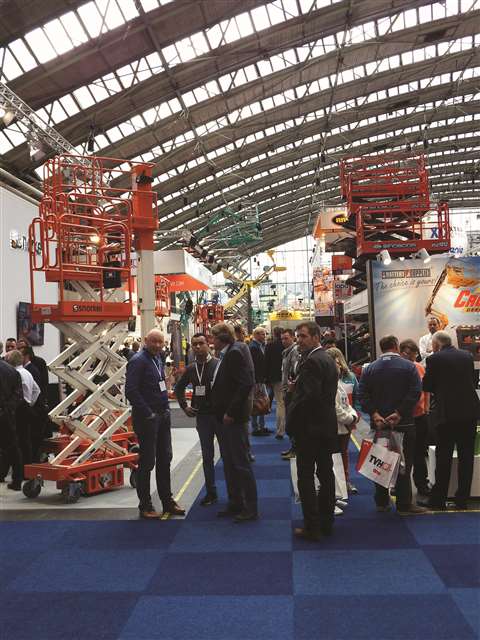 APEX closed its doors for another three years, following its three-day run in Amsterdam, the Netherlands at the beginning of May.

The show, specifically for access-related equipment, was hailed a resounding success by exhibitors, many of whom said it had been the best edition yet, with large numbers of high quality visitors on their stands. 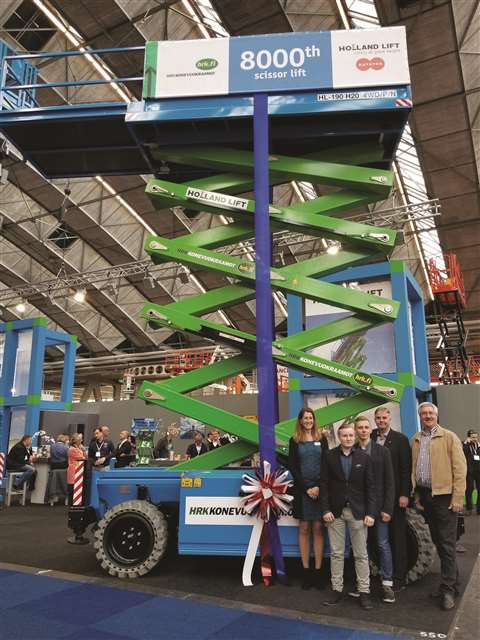 Well over 100 companies were on show, representing an APEX record, with 4650 industry professionals attending the exhibition, compared to 4400 last year. “We are very happy with the visitor numbers,” said Michel Denis, president and chief executive officer of Manitou Group, reflecting on the first day, “We have had many customers on the stand.” 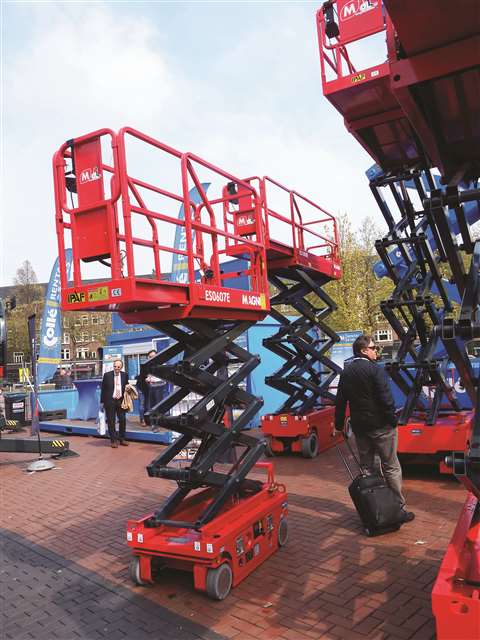 His comments echoed an overall feeling among exhibitors and visitors that APEX had coincided with a revival across Europe, with most markets in the continent flourishing, particularly those based centrally and North, like Germany, France and the UK, but there was general agreement that Spain has also seen significant growth in the AWP sector in recent months, as has Italy.

APEX ran alongside the International Rental Exhibition (IRE), and together the two shows recorded 6250 attendees, including delegates at the European Rental Association’s (ERA) annual Convention, which also took place at the same time. It was organised by Industrial Promotions International BV (IPI) and is officially supported by the International Powered Access Federation (IPAF) and by Access International. 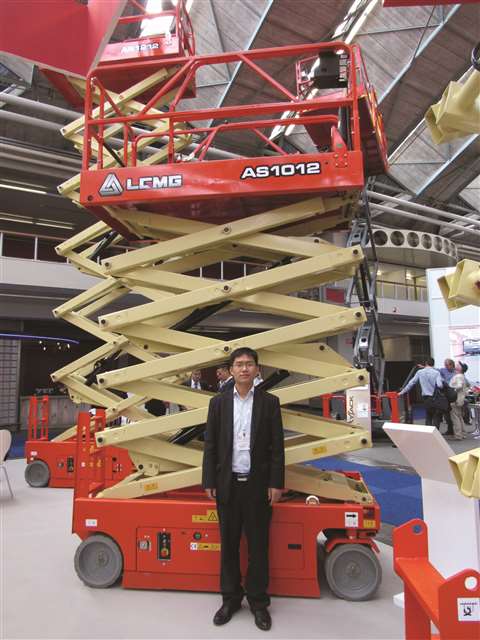 Chinese manufacturer LGMG exhibited for the first time at APEX.

A notable turnout was from Chinese exhibitors. There were eight Chinese producers at APEX, more than at any other edition of the show. They included now well-established companies, Dingli, Mantall, Sinoboom, Sivge and Runshare, which had all exhibited at APEX before.

Apart from the international representation, there were plenty of deals being done at APEX. Magni confirmed at the show that it has a three-year deal to supply 4500 scissors produced by Dingli to Colle Rental & Sales.

The Italian manufacturer shared a sand with Colle at the show, and says under the arrangement 1500 Magni Dingli scissors will be supplied each year until 2019 to Colle, which is also the distributor for Magni’s range of telehandlers in the Netherlands, Benelux and Germany. The first 600 scissor units will be delivered in June this year.

Dingli acquired 20% of Magni last year. Since then Magni has designed a range of boom lifts for the Chinese manufacturer that were launched at Bauma China last year. Up until now the booms have been introduced to the Chinese market but there are plans to bring them to Europe in early 2018, Eugenia Magni told AI at APEX.

Concerning the scissors, Magni requested Dingli make a couple of modifications to components for the European market, including common batteries across the scissor range. Otherwise they are ready for distribution, Mr Magni said, “Once a company like Colle pushes forward with a brand in a country the other companies in that country tend to follow.”

Lin Gong Machinery Group (LGMG) represents a new company on the scene and exhibited at APEX for the first time, showing a range of its new scissor lifts, first launched at Bauma China. In total, it offers 16 scissor lift models and booms.

The company, which experienced 30% growth over last year, had a further 30% growth the previous year, Song said. LGMG is selling in Northern Europe, particularly in Scandinavia. It offers 16 scissor lift models and booms.

LGMG’s launch into access coincides with a number of other Chinese construction equipment manufacturers doing the same thing, including XCMG, Sany and LiuGong. XCMG and Sany showed their first lines at Bauma China in November last year.

Turning to another emerging nation, Russian distributor Vertex has invested in JLG booms, valued at more than €20 million.

The deal was signed at APEX and models include JLG ultrabooms, telescopic booms and articulating boom lifts.

Vertex is the national distributor of JLG products in Russia and in 2016 invested heavily in the expansion of its activities, opening new offices in St. Petersburg and Kazakhstan. This year, two more offices will be opened in Krasnodar and Yekaterinaburg. The company offers new machine sales, aftermarket services and training in the region.

Following the show, Riwal almost immediately sold the first three 38m electric boom lifts since it first presented them during APEX. The machines were purchased by Norwegian rental company Naboen, which has nine depots in its home country and operates 1200 aerial work platforms. Naboen needs 38m booms with reduced noise and zero emissions.

Most manufacturers at the show will have

a story, or two, about partnerships and deals they made during. Take a look at the pictures in this feature, representing product launches.