In the recent Yellow Table – International Construction’s listing of the world’s top construction equipment manufacturers by sales – XCMG climbed to number four in the world, behind only Caterpillar, Komatsu and John Deere. To put this rise into some context, in the 2017 Yellow Table the company were ranked ninth in the world with sales of US$4.7 billion – XCMG’s sales in the last Yellow Table were US$11.1 billion. 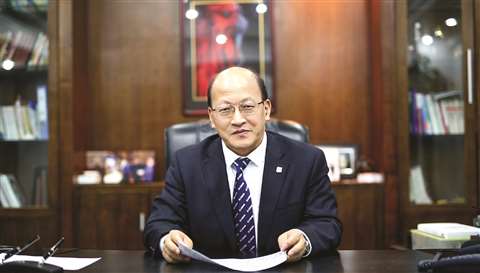 The Chinese company has enjoyed impressive growth in recent years, with sales increasing with what has seemed like perpetual momentum. However, in common with most businesses around the world, this momentum is seriously threated by the impact of Covid-19.

On a video call with International Construction’s editor, Andy Brown, Mr Liu, vice president of XCMG and general manager of XCMG overseas, spoke positively about the construction industry and its ability to overcome the damaging impact of Covid-19.

China was the first country in the world to have a confirmed case of Covid-19 and the lockdown measures implemented could be described as stringent. Perhaps due to these two factors the country is recovering quicker than others – Mr Liu says the construction industry in China suffered in the first quarter of the year but after that conditions have markedly improved.

This growth in exports is understandable given that different countries in the world were impacted by Covid-19 at different times, but the construction industry’s recovery in China has been rapid. For example, according to data from China Construction Machinery Association (CCMA) excavator sales by Chinese OEMs reached record levels in March.

According to the CCMA, total excavator sales hit a record high of 49,408 in March, up 11.6% year on year. Excavator sales can be used as a good barometer of the health of a country’s construction industry.

China’s construction recovery is explained – at least partly – by Mr Liu saying that the Chinese government are not taking as long to approve construction projects as occurred previously, the country’s high-speed rail network continuing to be expanded, and that there has been little discussion on extending the length of time required to complete construction projects. 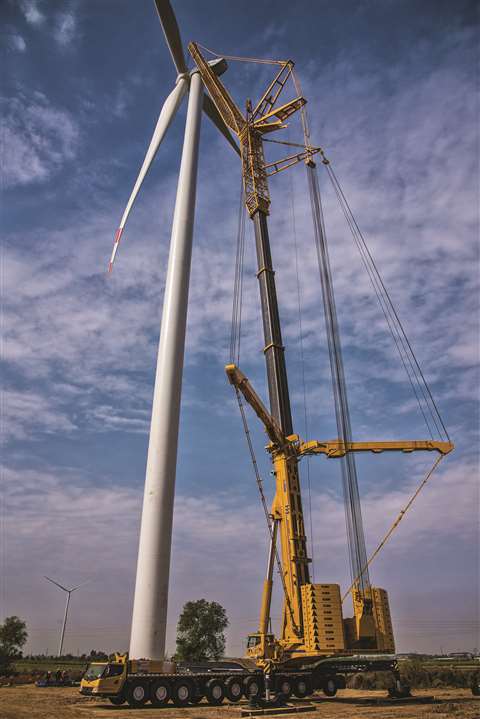 For example, if a project was originally supposed to be completed in June 2021 then, despite the fact that some time has been lost due to Covid-19, this is still the case; it just means that the contractor needs to work quicker than originally planned and may need additional equipment.

While the Chinese government investing trillions into its infrastructure has been a large factor in the growth of XCMG’s sales, so too has overseas markets. Of course, a lot of these sales have come through China’s One Belt and One Road Initiative, but the company is also actively targeting more developed countries. “We are increasingly focused on the developed markets of Europe and North America. This is a key strategy,” said Mr Liu.

“As a company, XCMG has invested heavily into Research and Development to make sure that we are competitive in these highly demanding markets.” When it is put to him that many of the larger Chinese OEMs have increased their focus on improving their sales and service offerings in the last few years, he agrees.

“We have set up local teams in the Americas and in Europe. The product is very good, but it is important to have local people who know the customs and cultures and can communicate effectively.”

Demand in China may be approaching a ‘normal’ level following Covid-19, but other countries in the world cannot say the same. Mr Liu comments that he hopes for an increase in sales in China by the end of the year compared to 2019 but that, regarding the rest of the world, would be happy if they could keep sales in 2020 at a similar level to 2019.

In a year that has thrown up more than its fair share of difficulties and problems, it is refreshing to hear someone speaking so positively and robustly about the construction industry. “Demand may be delayed but it is still there. I don’t think that construction will see a big change like, for example, the travel industry or hotels,” he says.

“In many countries around the world construction is likely to be the first major business sector to recover. It is easier to social distance outside on a building site than inside in an office, and for economies to recover they need investment.”

When it comes to construction technology it can sometimes feel like the future is already here, with increased autonomy, different power sources and artificial intelligence an accepted part of construction. However, the reality is that construction is still towards the start of this journey, and the biggest technological steps forward are ahead of us.

Mr Liu comments that XCMG is focused on many aspects of technology but highlights autonomous driving and electric drive as priorities. “XCMG already has a number of autonomous machines in our line-up, such as rollers, pavers and motor graders. In the future we are looking to expand this to other products. We are embracing autonomous machines, electric drive and telematics systems which can connect all of the machines in a fleet so that all the data can be seen and shared.”

Looking to the future, we return (unprompted, I promise) to International Construction’s Yellow Table where XCMG currently sit in fourth position, when Mr Liu is asked about the company’s future ambitions.

There is a (relatively) small gap between XCMG in fourth and John Deere in third position before a large gap to Komatsu and another leap to industry heavyweight Caterpillar at the top. Mr Liu says the company’s aim is to become one of the top two OEMs in the world but concedes that it might take, “Ten or fifteen years before that happens as the gap is currently large.”

XCMG has a large product range and the company’s vice president admits it is not possible to compete with Komatsu and Caterpillar in every product range in every country in the world. However, he points to the success of the company’s crane business and says that in numerous countries the company’s excavators are very competitive for sales compared to their two rivals. 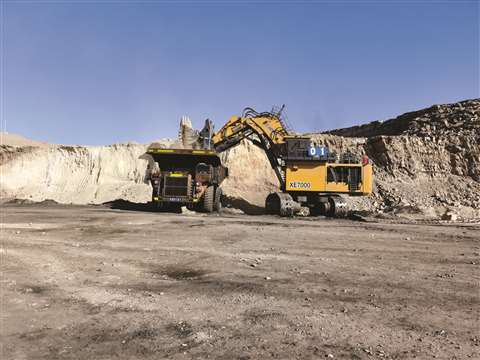 The gap from XCMG to Caterpillar and Komatsu in terms of sales figures is considerable; however, when not even a global pandemic can seemingly put much of a dent in a company’s momentum then the future remains unwritten.

Doosan to show XiteCloud tech at Hillhead Digital
Doosan Infracore’s new XiteCloud quarrying, mining and construction platform will be presented to the UK for the first time at this year’s online event
Loading...
Latest News