Specialized transportation services and logistics company, Mamut de Colombia, is working on the construction of a new metro line in Panama City, Panama. Currently the city only has one metro line; however, as a result of heavy traffic and the resulting pollution, the city council decided to build a second line. Once complete, it will have a total length of 21 km and the capacity to carry 16,000 passengers per hour. There will be 16 stations along the route with links to existing bus lines and taxis. 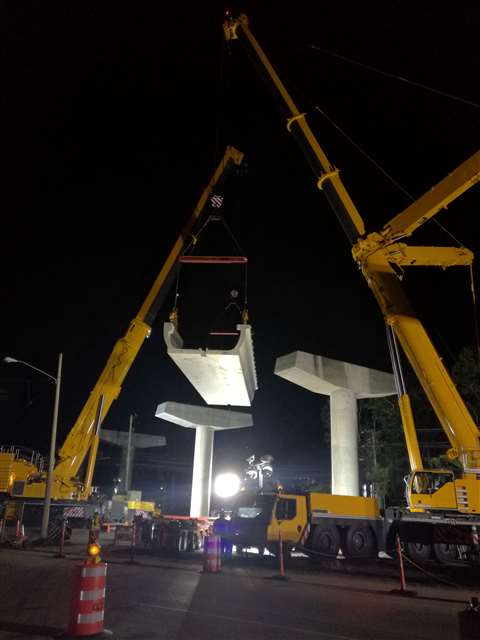 As part of this large-scale construction project Mamut de Colombia is using two Liebherr LTM 1500-8.1 mobile cranes and a Liebherr LTM 1400-7.1 crane to hoist a total of 1640 U-shaped concrete beams weighing up to 161 tonnes onto prefabricated pillars by the end of 2018. The beams measure either 20 or 30 metres in length and five metres in width. They are being hoisted into place after 10pm due to heavy traffic during the day. A maximum of two U-shaped beams can be hoisted into place and installed during a night shift, which lasts until 5 am.

Mamut de Colombia, based in Tocancipa (near Bogotá) operates around 50 cranes. Its main activities comprise crane work and heavy haulage for industry and the electrical, mining, oil and construction trades.