The merger of Mills and Solaris in Brazil has been approved by shareholders at an EGM on Friday.

The deal will see the merger of Brazil’s largest aerial platform rental companies, with a combined rental fleet of more than 9000 units and a network of 32 depots, operating in 18 Brazilian states. 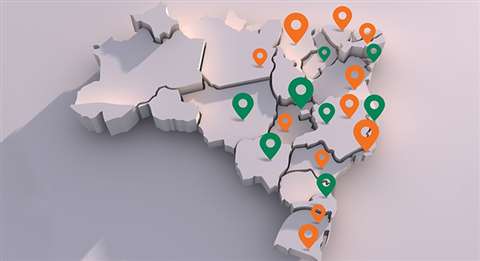 The combined Mills-Solaris business will operate in 18 Brazilian States.

Under the merger, Mills has issued 76 million new common shares, with Solaris shareholders receiving 0.493 shares for every Solaris share they owned.

A shareholder group representing the Nacht family will retain their status as controlling shareholders, with the right to appoint the majority of board directors.

Sullair Argentina, which was an owner of Solaris, will be among the shareholders of the new merged business and will have the rights of veto over certain company matters.

Mills said the merger will allow “the optimization of operations, [the sharing of] best practices of both companies, and the absorption of synergies…[which will offer] better perspectives for growth and profitability”.