Germany-based demolition specialist and long-standing Epiroc customer the Oettinger Group has been testing a prototype of the manufacturer’s CB 5500 concrete demolition cutter in the city of Karlsruhe. 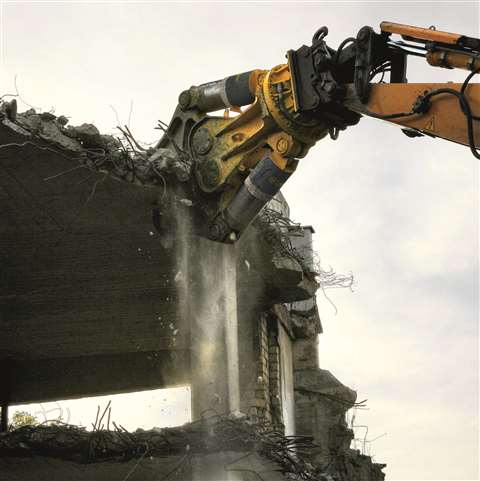 First, gutting and remediation work was carried out with the aid of a MG 5000 Multi Grapple. This was followed by the demolition of a connecting bridge and the public building, including the heavily reinforced air-raid shelter.

The CBs have been specially developed for heavy foundation work and are said to be particularly suitable for demolition with long-front excavators and in areas where the hydraulic hammer cannot be used.