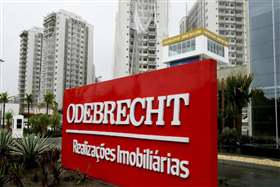 Odebrecht have so far paid $2.6 billion in fines

Peru’s president, Pedro Pablo Kuczynski, who recently survived a vote to impeach him due to his links with construction giant Odebrecht, has called on the country to ‘come together’.

Just one year into a five-year term, the president is still under considerable pressure due to his links to the Brazilian construction company Odebrecht.

Kuczynski denied any links to the company until December 2017, when he finally admitted that his boutique investment bank Westfield Capital had done some work for Odebrecht a decade ago when he was a government minister.

The company was involved in several infrastructure projects in Peru and has admitted to paying US$29 million in bribes to Peruvian officials.