The situation regarding Covid-19 is rapidly developing, but at the time of writing, many countries in Latin America were announcing high levels of infections and deaths from the disease while at the same time relaxing some lockdown measures. For instance, the region’s powerhouse, Brazil has now overtaken Italy as the country with the third-highest number of fatalities in the world from Covid-19. 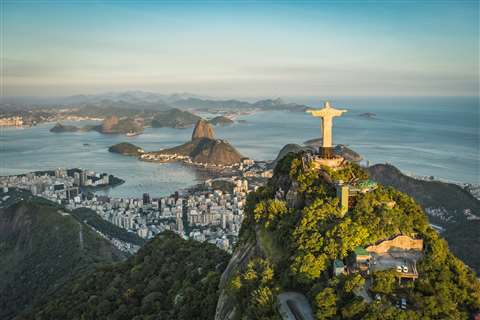 At the time of this regional report, Brazil’s official death toll was approximately 37,000 with more than 690,000 infections – the second highest number in the world behind the US. The country was facing criticism for its recent decision to only report cases and deaths in the past 24 hours, no longer giving a total figure as most countries do.

In Rio De Janeiro, where around 4,000 lives have been lost, restrictions on the use of beaches and commerce have been partially relaxed. Brazil president, Jair Bolsonaro, continued to play down the crisis, telling supporters, “I regret every death but that’s everyone’s destiny.”

Peru has the second highest number of infections in Latin America with around 180,000 followed by Chile with 114,000. The Bank of Chile recently announced that the Monthly Economic Activity Index (IMACEC) fell by 14.1% in April, compared with the same month a year earlier, signalling that the economic impact of Covid-19 will be much worse during the second quarter of 2020.

It is expected that construction and mining will be badly hit – up until around April these sectors hadn’t been as affected as industries such as education, transport, restaurants and hotels. 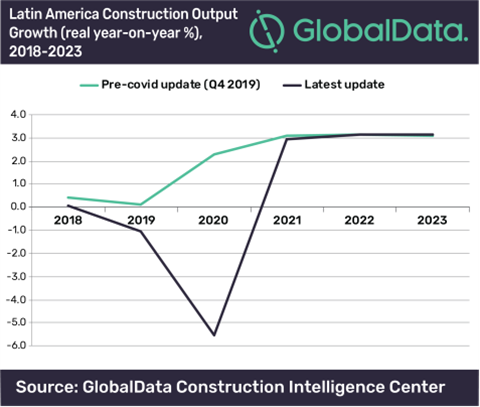 Dariana Tani, economist at GlobalData, a data and analytics company, commented that, “While the Chilean Government has already lifted quarantine restrictions in several areas across the country, the surging numbers of Covid-19 cases and deaths in May, especially in Santiago, the country’s capital, has led public officials to impose new lockdown restrictions in Santiago, Iquique and Alto Hospicio until June 5 to ease the pressure on the country’s healthcare system.

“This has forced many construction projects, especially in the housing market, to be temporarily halted, putting many billions of dollars of investments and construction jobs at risk.”

Tani added that GlobalData expects Chile’s construction industry to contract by -4.5% this year, down from the previous projection of -3.0% in April’s update, and that with the arrival of the southern hemisphere winter, Chile is bracing for a peak in cases.

Writing before Latin America became one of the epicentres for Covid-19, Scott Hazelton from IHS Markit nevertheless predicted difficult times ahead for the region. Talking about Argentina, the second largest economy in the region, Hazelton wrote, “Argentina was in recession before the coronavirus impact, and the one-year outlook is dark. Financial instability in Argentina is mostly the result of deep and prolonged fiscal and external deficits, but the situation is exacerbated by contagion from international financial conditions, where sentiment is turning wary of risks in emerging markets.

The ‘arch of innovation’, a cable-stayed bridge that will connect Zarur, São João, and Cassiano Ricardo avenues in São Paulo, Brazil

“Adding to the perils is the arrival of Covid-19, which will deliver a blow to the already ailing economy, especially on private-sector consumption. The risk of further limitations of non-essential services and production is high as the government seeks to reduce the spread of the disease before the start of winter (in June), and the expected decrease in foreign direct investment due to the global crisis will increase the downward pressure on economic activity.”

There are numerous problems for Argentina, and Latin America as a whole, that Covid-19 is accelerating. These include: slowing global demand, plummeting commodity prices, and currency devaluations. When combined with the health issues of Covid, significant drops in tourism and rising unemployment then the picture becomes troublesome.

Elsewhere, in Colombia, there are more than 1,900 housing projects that have shut down due to the worldwide health crisis, according to Sandra Forero, president of the Colombian Chamber of Construction (Camacol).

“We strongly support the government’s measures because our first priority is to preserve the health of Colombians and our workers,” said Forero. “We suspended 1,901 projects that were under construction, and we have approximately 18.9 million square meters detained.” 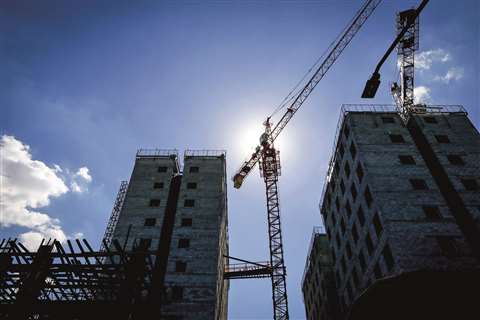 Construction has been deemed essential in most of Latin America

The impact on employment will also be significant, Forero said. For perspective, in February, construction generated 255,000 new jobs in Colombia, consolidating itself as one of the most important sectors within the national labour market. Likewise, the industry had been generating around 1.7 million indirect jobs.

The National Association of Financial Institutions has already estimated that this year, the Colombian economy will see, at best, only modest growth due to the economic effects of the crisis. One of the sectors expected to see some of the greatest difficulty is construction, which could have growth of 1.6% in a base scenario and -0.1% in a less optimistic scenario.

Many construction projects in Latin America are still proceeding, with most of the countries and regional authorities classifying construction as ‘essential’.

One such project is the ‘arch of innovation’, a cable-stayed bridge that will connect Zarur, São João, and Cassiano Ricardo avenues in São Paulo, Brazil.

With a height of 100m, it has become one of the most iconic bridges in the country of its type, given its peculiar arc shape. This bridge will create a safer and faster route for more than 180,000 vehicles per day, which will ease the city’s traffic. It will also include a bicycle lane of more than 3.6km. 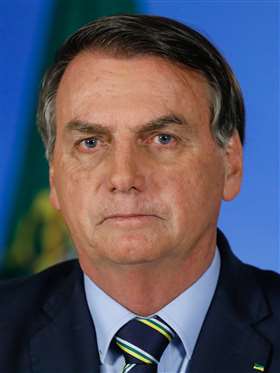 One of the most relevant requirements in this project has been the versatility of the systems and the safety of the operators. To this end, the engineering team developed an integrated solution with the ideal formwork and scaffolding systems and applications for the pylons and the roads that run between them. The Queiroz Galvão construction company trusted Ulma’s engineering solutions, as well as in the capacity to respond to a project with stringent execution deadlines.

The whole set has allowed high execution rates, 3-day concreting cycles in 3.6m high sections, without the need for a crane. In addition, it has three levels of working platforms for carrying out work on the formwork, rebar or concrete, as well as for lifting the structure, thus maintaining strict safety levels at great heights at all times. Despite the complexity of the geometry, the MK system in its different applications has solved all the structural requirements.

One of the biggest projects in Mexico is the Tren Maya railway. It was recently announced that national tourism fund Fonatur has awarded a consortium of Construcciones Urales, GAMI Ingeniería e Instalaciones and AZVI the third construction contract for the planned Tren Maya network. This covers the 172km from Calkiní to Izamal in Tabasco, with a bid of 10·2 billion pesos (US$474 million). Work is expected to begin despite Covid-19. Two construction packages have already previously been tendered for the project. 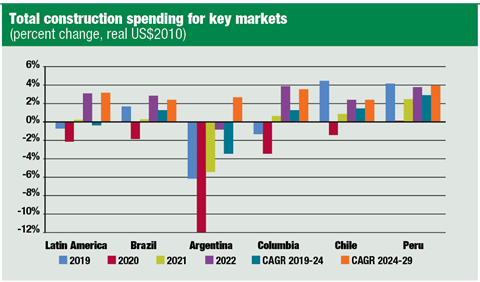 The project is a 1,525km intercity railway that would traverse the Yucatán Peninsula. The railroad would begin in Palenque in Chiapas and travel northeast towards Cancún via two routes that encircle the peninsula and a route that goes to Mexico City and stops at 15 different stations.

The estimated cost of the project is US$7.4 billion. The first phase of the project is anticipated to open in the late 2020s, but tourism officials in the region have proposed accelerating work for a 2023 opening, although this was before Covid-19.

Another large-scale project in Mexico is Refinería Dos Bocas, one of the flagship projects of Mexican President Andrés Manuel López Obrador. The US$8 billion Dos Bocas refinery is slated to process 340,000 barrels a day of heavy crude oil for the production of fuels and petrochemical feedstocks.

The project received a boost earlier this year when China’s ambassador to Mexico Zhu Qingqiao announced that the Bank of China and the Industrial and Commercial Bank of China, or IDBC, would invest US$600 million.

Mexico hopes that, when completed, the refinery will end the country’s reliance on mostly US-imported refined products. The project is expected to be completed in 2022, although some experts have said that this date is optimistic.

Current calculations of the impact of Covid-19 suggest that Latin America’s economies are facing a serious depression. According to the 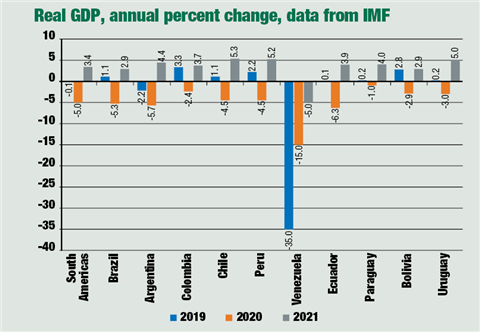 recent World Economic Outlook (14 April 2020) from the International Monetary Fund (IMF), the region’s economy will shrink by an average of 4.2%.

This contraction would be even more severe than those experienced during the 1983 debt crisis and the 2009 recession.

Contraction for construction in Brazil 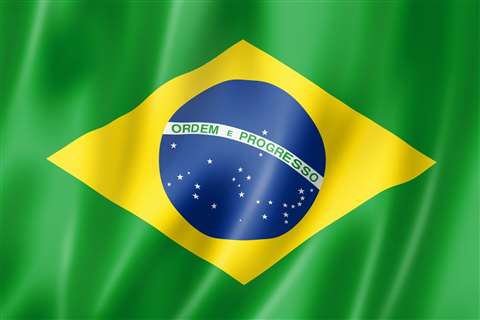 According to Ana Maria Castello, economist from the Getúlio Vargas Foundation study center, the number will be worse in the second quarter.

The economist reported that the projection for the first quarter was for construction to fall only 0.9%. “The bad result is not surprising due to the impact of the pandemic on the labour market,” commented Castello.

Informal and family-based construction carried out by small companies represents approximately 40% of the total sector in Brazil. This segment of the market had an almost complete stoppage, due to the very sharp drop in the level of income and a large increase in unemployment.

The largest construction companies kept their construction sites because the activity was considered essential by the government. However, the work rate has decreased, with layoffs and the suspension of workers who are in high risk groups.

The level of construction employment fell sharply in the country. Between March and April, 13.2% of the construction workforce lost their job in Brazil. With all this, the Getúlio Vargas Foundation predicts that the GDP of construction in Brazil will fall by 11% in 2020.