Pressing ahead with its hydrogen strategy, German industrial components specialist Rheinmetall said it is now taking part in a national hydrogen and fuel cell initiative with financial backing from the German federal government and the state of North Rhine-Westphalia.

Rheinmetall is an industrial partner of the research and development consortium Centre for Fuel Cell Technology, or ZBT, in Duisburg. Known for its hydrogen expertise, the ZBT is one of four financially backed innovation and technology centers (ITZ) for hydrogen technology selected in Germany.

To enable organization and expansion of the ITZ, which will focus primarily on mobility applications relating to hydrogen, up to €100 million in development funds from the Federal Ministry of Transport and Digital Infrastructure and the government of North Rhine-Westphalia is slated to go to Duisburg and participating consortium partners in coming years.

Looking ahead, Rheinmetall announced it will establish a high-performance technology and industrialization center for mobile and stationary hydrogen technology applications at its Neuss site. Along with the safe generation and distribution of hydrogen as well as data security for hydrogen infrastructure, the prime focus will be on fuel cell systems themselves.

In Neuss – located just across the Rhine from Düsseldorf – work will be carried out in synergetic tandem with the ITZ in nearby Duisburg, enabling the Rheinmetall Group to press ahead with in-house research and development for new hydrogen technology-related products, and readying these for industrial production.

For more information on the company’s hydrogen initiatives, click here. 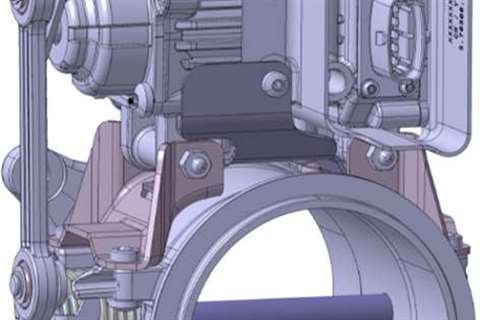