The Rotar RCC Concrete Cutter has been used on a project to demolish the ‘Berlin Wall’ in Piccadilly Gardens in the centre of Manchester, United Kingdom, as part of a revitalisation project for the area. 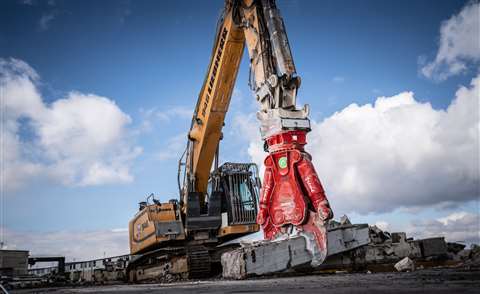 The unique Rotar RCC, took just a few days to bring down the huge concrete structure, which has been standing for 18 years.

Austin Wilkinson of AW Demolition said: “After the RCC had been sitting for 18 months in the yard as a showpiece, I finally got to use it.

“I didn’t just want to put it on any old job, it had to be the right job to test it. Well this was the job to use it on, the concrete in this wall is solid and I mean solid, not much rebar, just really hard. But it worked.” 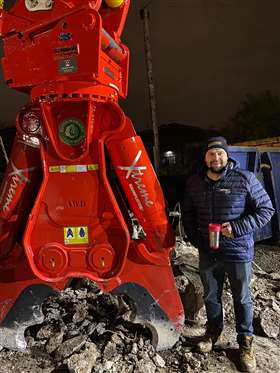 Austin Wilkinson of AW Demolition alongside the RCC

Worsley Plant, which distributes the RCC Concrete Cutter in the UK, said it is suited to primary demolition  when the operators needs to cut concrete before it is moved onto other stages of demolition or taken away to be crushed elsewhere.