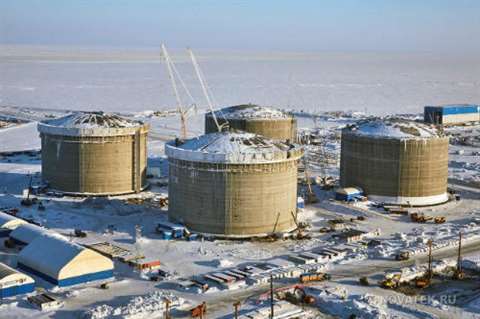 The Russian federal government has given the go-ahead to its second major gas terminal project in weeks, with its endorsement of a €965 million plant on its Kola coast.

The facility, set to be in operation by 2023, will serve the natural gas company Novatek, which currently produces up to 16.5 million tonnes of gas a year, from its Yamal LNG in the Arctic, but expects a huge uplift when a second Arctic oil field, LNG 2, comes on stream.

Analysts predict that the new field will deliver up to 19.8 million tonnes per year.

A similar facility, recently given the green light by the government and also set to serve Novatek’s development, will be constructed in Bechevinka on Russia’s Pacific Kamchatka peninsula.

A document outlining the government’s approval of the project does not specifically locate the terminal, but Novatek has previously stated it should be in Ura Guba, the fjord that hosts one of Russia’s largest nuclear submarine bases.

Novatek currently undertakes ship-to-ship reloading of its LNG, in the Sarnes Fjord in Norway, but the permanent terminals under development are said to be a far more cost effective long-term storage solution.