Utrecht, Netherlands-headquartered heavy lift and transportation specialist Mammoet used SPMT to help set shoulder spans on the southbound lanes of the almost 24-mile-long New Orleans Causeway bridge in Louisiana, USA. The shoulders provide motorists a safe place to pull over when there are breakdowns or accidents. 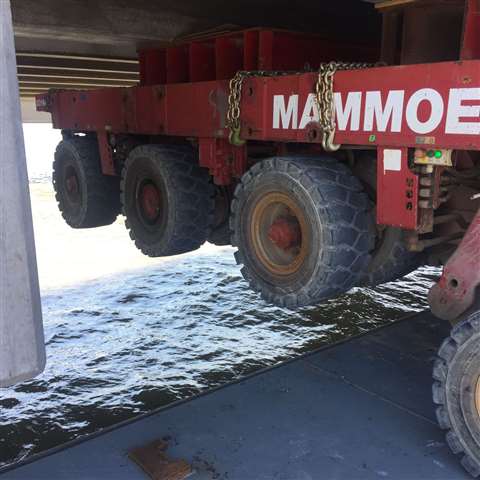 SPMT used as a cantilever to set shoulder spans

The SPMT were utilised as a cantilever set atop a barge, as the space between the bridge columns was too narrow for the barge itself to fit. The SPMT were driven 15-20 feet off the end of the barge enabling the shoulder spans to reach the correct position in which they could be secured. Counterweight was placed on the opposite side of the trailers to balance the load.

Using this method Mammoet said it installed an average of four 17 metre spans per day, as opposed to the planned three per day.

According to Mammoet utilising the SPMT meant that the causeway did not need to be shut down to traffic during installation as it would have been had a crane located on the causeway been used instead. Mammoet is now executing placement of an additional 72 spans on the Causeway’s northbound lanes, with completion expected in early 2020. 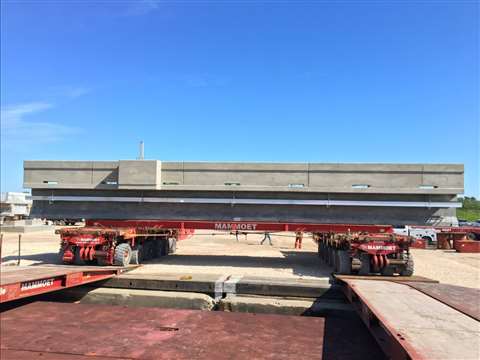 Rolling the shoulder spans onto barges to be set

Mammoet said it was first approached for this project because of its previous work with Boh Bros. Construction Co., on the Twin Span Bridges over Lake Ponchartrain after Hurricane Katrina in 2005. After the storm, 74 bridge spans were lost and 380 bridge spans had shifted. The initial plan was to reconstruct four spans per day but Mammoet completed between 16 and 19 spans per day, helping to get the bridge back up and running much quicker than the original scheduled time.