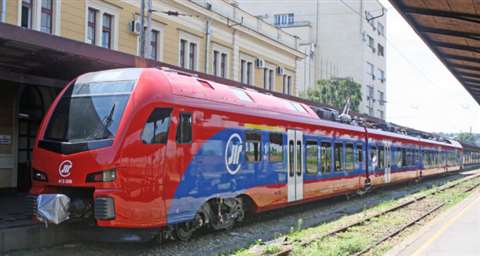 €3.5 billion to be spent on modernising Serbia’s rail network

The Serbian government has announced plans to spend €3.5 billion on the modernisation of its rail network.

The investment will form part of its €14 billion 2025 national investment programme and will cover the upgrade and renewal of hundreds of kilometres of tracks, as well as new stations and infrastructure.

The government has made it clear that it sees its railway network as an important aspect of the landlocked country’s economy, helping its trade with neighbouring Hungary and Montenegro.

Some €230 million will be spent on modernising the Belgrade-Bar line, improving Serbia’s access to Montenegro’s main port on the Adriatic coast.

The largest investment, however, will go into the Belgrade-Budapest connection – part of the so-called Corridor X route which connects Serbia’s capital with major European centres including Salzburg, Thessaloniki and Sofia.

Within Serbia’s element of the Belgrade-Budapest route, some elements of the line will be upgraded, with others double-tracked. The government has announced that 49 underpasses and overpasses will be built, as well as nine new stations.

It is reported that the work, with a total cost of almost €1 billion, will require its closure for up to 3 years.

China is a major investor in the rail modernisation, the network being seen as integral to its Belt and Road Initiative.