Six Raimondi towers up in Paris 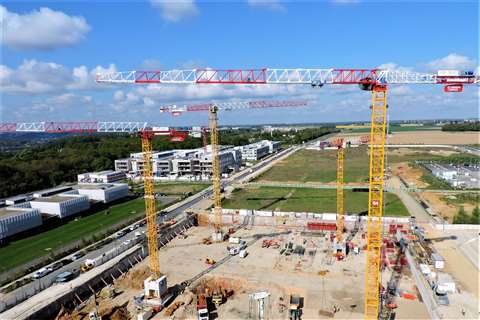 French Raimondi dealer GP Mat International has installed six of the Italian manufacturer’s tower cranes on a jobsite in a suburb of Paris, France.

The university jobsite, MINES ParisTech, is at Saclay, a southwestern suburb of Paris and the cranes will be there for between 18 months and two years.

Main contractor is Cardinal Edifice which already owns Raimondi cranes. On this job Cardinal used its MRT189, MRT223 and three MRT243s. It also added a new 16 tonne capacity MRT294. All are flat top towers, erected to heights ranging from 34 to 52 metres. On this job they were each erected in about 16 hours over two days.

Frank Torchard, GP Mat president, led the ten strong team to erect the cranes, including elevators for the operators. “It was imperative to have cranes with high lifting capacity on this site due to the heavy prefabricated components. The cranes will be used in the construction of a set of offices over five levels, and will be lifting form panels, concrete, and prefab elements over the duration of the construction process,” Torchard explained.

To comply with French labour law, both of the cranes exceeding 50 m in height were fitted with elevators for operator access. 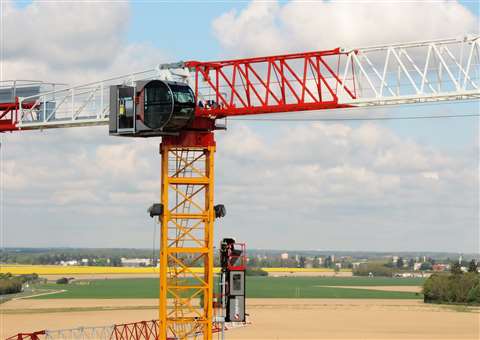