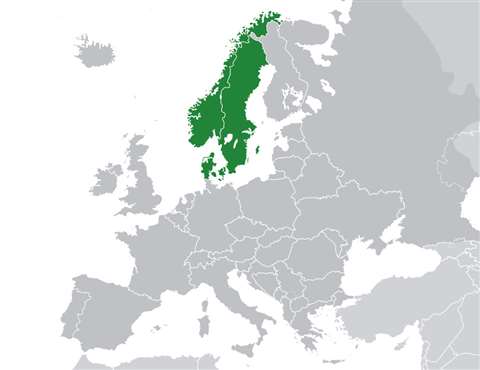 According to Norwegian-based construction company Veidekke’s Economic Activity Report, the Scandinavian construction and civil engineering market appears to be levelling off.

After three years of robust growth, the slower pace has been attributed primarily to developments in the housing market in Oslo and the Stockholm region.

Kristoffer Eide Hoen, director of analysis at Veidekke, said, “A slight cool down in the housing market after record growth in 2016 might be positive, from a long-term industrial perspective.

Looking specifically at Norway, the market there was said to be looking strong going forwards, despite a forecast reduction in output volumes in the country’s housing market. It is expected that 2019 will see the first downturn in overall construction and civil engineering production volumes since 2009.

There remains strong optimism in the Swedish market, where orders are strong.

It was said that both the private and public sectors have offensive investment plans, and there remained a healthy demand for homes. However, after a strong 2016, sales of new homes have apparently normalised, resulting in fewer housing starts going forwards.

Eide Hoen, said, “After several years of exceptionally strong growth, a slight slowdown in 2018 and a gentle decline in activity in 2019 will probably be good for the industry as a whole.

“We expect the production growth in the residential segment to swing to a moderate slowdown at the beginning of 2019.”

The Danish construction and civil engineering market was said to be in an upswing, though this was reported to be driven primarily by the growth in the residential segment.

Eide Hoen said, “We expect the growth rate in the residential segment to remain high through to the end of 2019. In addition, the vacancy rate for offices and wholesale and retail trade is on a downward trend, which is very positive.

“It looks like the Danish construction market is finally starting to pick up.”